Surprise! City Does not Actually Want Your Input on Upzoning for Additional 8,874 Units

SCAG allocated 8,874 Units to Santa Monica because we're near transit and have jobs; they don't care if we have land or room 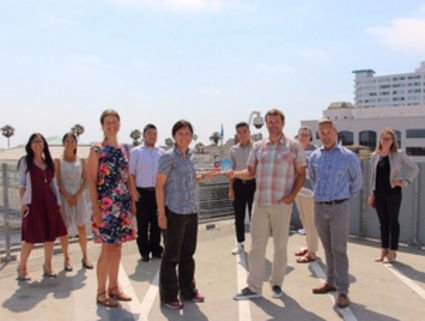 A series of webinars run by the City of Santa Monica's Planning Department was billed as a way for the public to comment on the required upzoning to accommodate the 8,874 units assigned to the city by the Southern California Association of Governments. In reality, the webinars, hosted by members of the Planning Department, simply informed the public of what the department plans to do in order to shoehorn this many housing units into the city - five times as many units as SCAG assigned to Santa Monica in the previous 8-year cycle. The 56 public participants at Thursday's teleconference were muted and their screens turned off. Question could be typed in on a chat box, but the administrators only had time to answer a few of them, though they promised to answer all questions on the website afterward. So far, we have not been able to find those questions or answers on the Housing Element Update website.

Last fall, SCAG, a quasi-governmental body, delivered an allocation to each of the 191 cities in the region of the 1.34 million housing units that the state's Department of Housing and Community Development had determined would be necessary to accommodate the area's expected growth in population. HCD and SCAG deliver this allocation every eight years.

In this cycle, however, according to the planners on the webinar, SCAG had adjusted their methodology for determining which cities had to take the lion's share of the units. Now, proximity to transit and location of jobs were used to determine which cities received more units. Since Santa Monica now has the Expo line and since Santa Monica hosts 100,000 jobs, we received a very large boost in the number of units our non-elected betters have decided we ought to zone for, a 17 percent increase over the number of housing units already here.

Does this make sense? Does top-down city planning work? No, and no. But try telling that to the over-educated, ivory-tower "experts" working in today's government "planning departments."

"We can't just build housing where land is available," said Rachel Kwok, Environmental Planner, during the webinar. Thus, instead of asking Lancaster to plan for 8,000 units - where such construction would probably be welcomed and where buyers would actually want to live (in houses) - the state is asking Santa Monica to do so.

The supposedly intelligent but actually idiotic assumption is that people will always live near where they work. This is utterly false. People want to live where they can enjoy the type of lifestyle they want. If they are starting a family, they generally want to live in a single-family home with a backyard. A married professional with an office in Santa Monica is not going to choose to live in a tiny condominium or apartment unit in a high-rise along the Expo line. In addition, people nowadays change jobs every two to three years. Rarely, do they choose to uproot their living situation every time they change jobs.

Land is cheap in Lancaster. Housing can be built at a much more economical rate. Buyers are more likely to want more economical housing. For the state government to try engineering where people should live is a losing proposition. It won't work. It won't be financially feasible. It won't produce any of the benefits it claims it will. 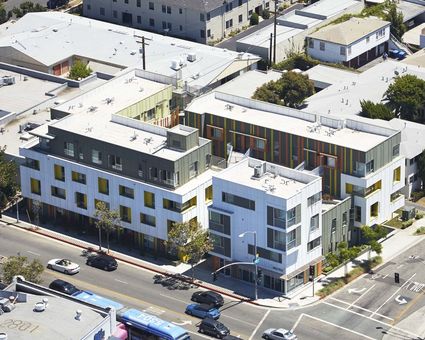 One of the few questions answered by the webinar hosts was the one most asked by the viewers: why didn't Santa Monica appeal the 8,874-unit allocation they were given last fall? Jing Yeo, of the City Planning Division, explained that state law recently limited the bases for appeal. The criteria used to assign housing is "very objective, based on data," she claimed. In addition, the city council had no interest in appealing the number. "It wouldn't have been consistent with the approach the city has taken," said Yeo, which is to "do our part, our share."

She did admit there is another way to appeal the allocation, by presenting "quantified, objective" evidence that it would be completely unfeasible to construct this much additional new housing in a city that is only nine square miles. However, based on the discussion during the webinar about identifying sites along the Expo line for high-rise housing, it is unlikely any such appeal is going to be filed.