Are the New Lockdowns Really About Saving Lives?

From Gavin Newsom to Barbara Ferrer, Officials Seek More Restrictions with No Evidence They Will Avail 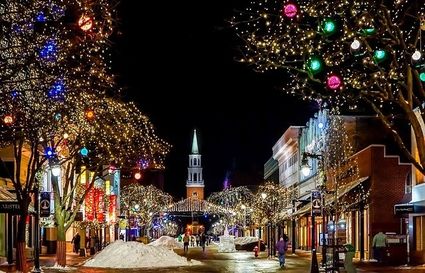 Christmas decorations light a shopping street where, if CA officials have their way, will be empty from now until spring

State and local officials began instituting new lockdown orders with the declared purpose of slowing down the surge of cases beginning in mid-November. But is the shutdown of outdoor dining, the closing of playgrounds, and the heavy restrictions on retail store capacity really about saving lives?

The scramble by government officials to impose more restrictions on a populace already exhausted by imposed isolation and unemployment seems more a tack to save face than to save lives. Given the seasonal change and the nature of the virus, cases were bound to rise no matter what measures were taken. The only reason to re-impose restrictions is so that political leaders can look as though they did all they could. If people end up dying, it won't be their fault. Instead, it will be the fault of a public who just won't follow the rules.

Long ago, a new wave of COVID-19 cases was predicted to hit the country (and the world) this fall. According to a Washington Post piece in September, "It has been hypothesized since early in the pandemic because of the patterns of other respiratory viruses." Quoted is Andrew Noymer, an epidemiologist at the University of California, Irvine. "I expect fall waves starting in mid-October and getting worse as fall head into winter." He added, "Some places will peak around Thanksgiving, some places will peak around Christmas, some places not until January and February."

These surges were expected no matter what measures officials were taking to prevent the spread of the disease. All of the epidemiologists and scientists knew it. The surge was going to occur because of the change in the season, an onset of cold, dry weather in which the virus thrives. Added to that, people stay indoors more when it is cold, and COVID is mainly transmitted indoors via air droplets. In Los Angeles, cases had actually been dropping in September and October before the cold weather hit. They were dropping even though restrictions had been relaxed, with people allowed to visit other household groups, retail open, and outdoor dining popular.

But now that cases are rising again, government leaders are frantic to look like they're doing something about it. In California, Governor Newsom imposed a curfew on non-essential business operations and is threatening to widen statewide restrictions. In Los Angeles County, the Health Department has closed outdoor dining at restaurants, gatherings with anyone outside your household, and greatly restricted indoor capacity for most retail operations.

Barbara Ferrer, PhD, MPH, MEd, Director of Public Health, stated in a press release today that the public must "use every tool available to stop the surge and save lives."

But closing outdoor dining or even shuttering all "non-essential" businesses is not going to save lives. The surge has started, and its cascading effect is going to continue. All these lockdown measures will accomplish, besides putting people out of work and throwing them into poverty, is to make our leaders look blameless.

In October, World Health Organization envoy Dr. David Nabarro told The Spectator magazine that the WHO "do not advocate lockdowns at the primary means of control of this virus." The only situation justifiable for a lockdown, according to Nabarro, is "to buy you time to reorganize, regroup, rebalance your resources, protect your health workers who are exhausted." The purpose of a lockdown is not to save lives. In fact, "Lockdowns have just one consequence that you must never belittle, and that is making poor people an awful lot poorer."

In California, our officials have already discovered that they do not have to bear the blame for the poverty suffered by its residents. Homelessness swells and wages lag behind living costs, but our elected leaders sail to one reelection after another. Thus, the economic cost to the residents of a lockdown means nothing to them. But they do fear being accused of costing lives. 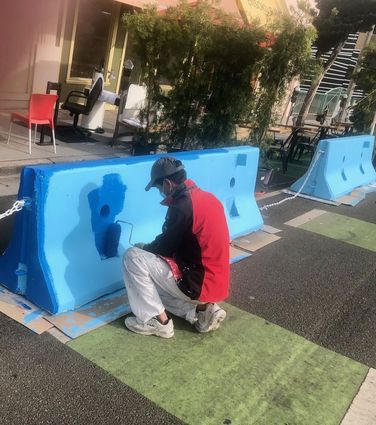 Restaurants invested in barriers, fences, seating, and heaters to obey outdoor dining rules - all for nothing now

They know the lives are going to be lost no matter what. They just don't want the blame.

I'm not sure they care about being blamed because there are no consequences to them. They are drunk with power and are trying to see what they can get away with.