By Association of Mature Americans

The widespread lockdown policy has been a devastating public health mistake, according to Drs. Bhattacharya, Gupta and Kulldorff 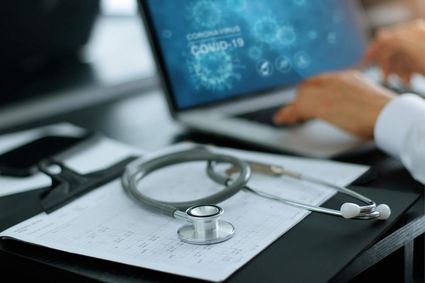 WASHINGTON, DC, DEC 4 -- "One of the most rational approaches to the global COVID crisis is being ignored by overly cautious authorities and the mainstream media; it's an authoritative report that puts the pandemic in a new perspective," says Rebecca Weber, CEO of the Association of Mature American Citizens [AMAC].

"Their analysis shows that the death rate from COVID-19 is not three percent of people who are infected; it's more like 0.2 or 0.3 percent and that the mortality rate among young patients is significantly lower than it is for adults over 70 years of age."

Dr. Bhattacharya recently authored a summary of their findings. In it, he wrote: "the World Health Organization said back in early March that three percent of people who get COVID die from it; they were wrong by at least one order of magnitude. The COVID fatality rate is much closer to 0.2 or 0.3 percent. The reason for the highly inaccurate early estimates is simple: in early March, we were not identifying most of the people who had been infected by COVID."

He explained that at the beginning of the pandemic only a small fraction of infected people who "went to the hospital were identified as cases." Bhattacharya points out that in many situations infected individuals had mild or no symptoms, weren't hospitalized and, thus, weren't part of the COVID count. Thus, it created misleading data, including an ambiguous death rate."

As he put it in his summary: "In April, I ran a series of studies, using antibody tests, to see how many people in California's Santa Clara County, where I live, had been infected. At the time, there were about 1,000 COVID cases that had been identified in the county, but our antibody tests found that 50,000 people had been infected-i.e., there were 50 times more infections than identified cases. This was enormously important, because it meant that the fatality rate was not three percent, but closer to 0.2 percent; not three in 100, but two in 1,000."

Since then, he said, 82 similar studies were conducted around the world and they all showed fatality rates of about 0.2 percent.

Meanwhile, there emerged a perception that the population at large is at risk. But, as Bhattacharya said in his report "this couldn't be further from the truth. There is a thousand-fold difference between the mortality rate in older people, 70 and up, and the mortality rate in children. In some sense, this is a great blessing. If it was a disease that killed children preferentially, I for one would react very differently. But the fact is that for young children, this disease is less dangerous than the seasonal flu. This year, in the United States, more children have died from the seasonal flu than from COVID by a factor of two or three.

"If you look at studies worldwide, the COVID fatality rate for people 70 and up is about four percent-four in 100 among those 70 and older, as opposed to two in 1,000 in the overall population."

In conclusion, Drs. Bhattacharya, Gupta and Kulldorff are of the same opinion: "that the widespread lockdown policy has been a devastating public health mistake. In response, we wrote and issued the Great Barrington Declaration, which can be viewed-along with explanatory videos, answers to frequently asked questions, a list of co-signers, etc.-online at http://www.gbdeclaration.org."

An excerpt from the Declaration makes it clear what it's prime purpose is:

The Great Barrington Declaration was authored by Sunetra Gupta of the University of Oxford, Jay Bhattacharya of Stanford University, and Martin Kulldorff of Harvard University

"As immunity builds in the population, the risk of infection to all-including the vulnerable-falls. We know that all populations will eventually reach herd immunity-i.e., the point at which the rate of new infections is stable-and that this can be assisted by (but is not dependent upon) a vaccine. Our goal should therefore be to minimize mortality and social harm until we reach herd immunity.

"The most compassionate approach that balances the risks and benefits of reaching herd immunity, is to allow those who are at minimal risk of death to live their lives normally to build up immunity to the virus through natural infection, while better protecting those who are at highest risk. We call this Focused Protection."

AMAC's Weber points out that "it is significant that nearly 50,000 medical and public health scientists and medical practitioners along with more than 673,000 concerned citizens worldwide, including me, have endorsed the Great Barrington Declaration. The general population, including medical personnel and lay persons are invited to sign their concurrence with the conclusions of the Declaration at its Website."