Covid-19 and it's economic and other impacts ruined the year for millions. 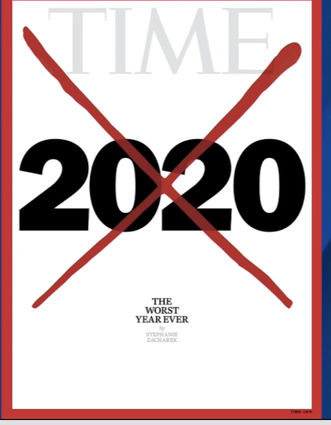 TIME Magazine will distribute its print edition starting tomorrow, and the cover will declare 2020 with a red X over it, to be "the Worst Year Ever."

This year has, of course, been characterized by the Covonavirus pandemic and its economic and social impacts. Worldwide, 65 million people have contracted Covid-19, and over 1 million people have died so far from it. A promising vaccine said to be 90% effective, is just beginning to be distributed.

The red X has historically only been used 4 other times in the magazines history. The first time was in 1945, with the death of Adolf Hitler. The next time was the death of Mullah Omar, the head of the Taliban in Afghanistan in 2003. Then the death of Al Quaeda leader Osama Bin Laden, in 2011.