In a video that seems like a James Bond film, the eyepatch wearing congressman supports Republican Sen. Candidates Loeffler and Perdue 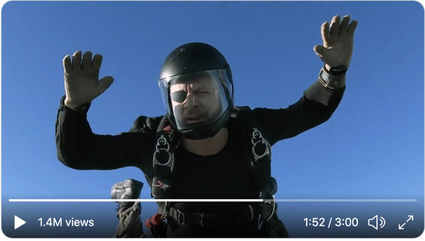 "The epic saga continues, this time in Georgia. Everything is on the line. Donate to the fight at http://GeorgiaReloaded.com"

In new video posted by the New America PAC, Rep. Dan Crenshaw (Rep. TX), jumps out of an airplane landing on the hood of a car. Two hooded figures, whom we associate with Antifa, scream as they see Crenshaw land on their hood. We are then invited to attend a rally in Walton Co. Georgia, for the Republican Senate candidates Kelly Loeffler and Sam Perdue. 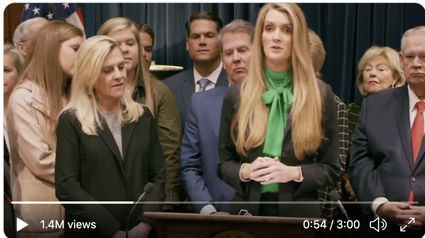 Dan Crenshaw lands like a superhero on the hood of Antifa's sedan.

In the video that seems like a James Bond film, the eyepatch wearing congressman supports Republican Sen. Candidates Loeffler and Perdue. Until Twitter decides to ban it, the video may be seen here: https://twitter.com/DanCrenshawTX/status/1338184981684908033?s=20. I suggest you hurry and watch it soon, it's too cool and too pro Republican, for Jack Dorsey to tolerate.

The former Navy Seal did the same schtick in September, for his own House campaign. He released a four-minute campaign ad "that has the look and feel of a Hollywood blockbuster movie trailer, with the former Navy SEAL being cast with five other Texas Republicans as characters out of a type of "Mission Impossible" plot.

"Your mission, should you choose to accept it, will be to save Texas," says a British narrator over soaring music as Crenshaw boards a plane in fatigues and a parachute.

"To do so, you must recruit an exceptional team of congressional candidates," the voiceover continues. "The nation's future is dependent upon your success."