Longtime City Council Member had been ill for sometime. 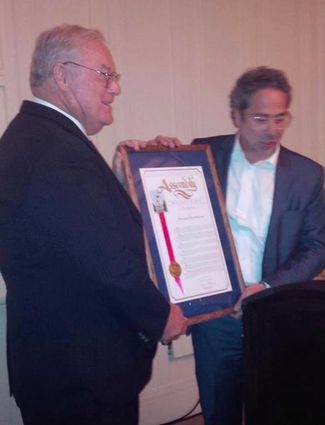 Former Santa Monica City Council Member Robert "Bob" Holbrook has passed away. The former Mayor had been ill for sometime, reportedly with Lymphoma.

Bob Holbrook was born in Santa Monica in 1941. He attended local schools, graduating from SamoHi in 1959.

Holbrook was first elected to the SMMUSD School Board in 1982, and to the Santa Monica City Council in for 35 years off and on, ending in 2014. Seen as a businessman and a voice of reason on the council, he played the opposition role to the SMRR members on the Council.

“After SMC I went to USC to study to be a pharmacist. After that I joined the California Air National Guard. It is the only time in my life I’ve been away from California for so long. I spent six months in Texas and Alabama being trained by the Air Force," he told the Santa Monica Mirror.

“They asked me to enlist and become an officer. I had different ideas. I wanted to come home and marry Jean Ann. I came back to California and got a job working as a pharmacist at Thrifty Drug Store," he said in 2003

“Jean Ann and I married in 1967. Our first house was on 10th Street near where I’d lived with my grandmother. Our three children, Bob Jr., Cindy, and Craig were born soon after." 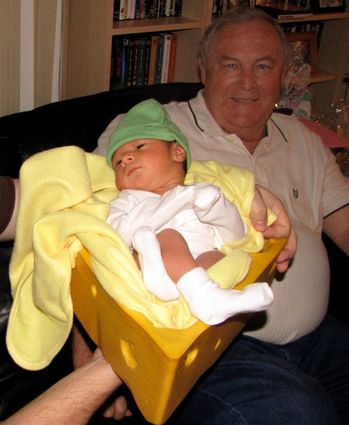 Bob Holbrook with his grandson

“By 1982 we had three kids in their early teens. Jean Ann talked to me about the School Board. The School and the College Boards were going to split into two Boards. That meant there would be open seats on the Boards and Jean Ann suggested I run for the School Board.”

In February of 2018, SM City Hall confirmed that the pharmacist was undergoing chemo-therapy, a cancer treatment usually used to combat lymphoma.

The City Council's office would not state anything else definitive about Holbrook's health, except that he has been undergoing treatment for about a year.

Holbrook served on the Council on and off over a 35 year period, ending in 2014. In February, the Council allocated $20,000 to establish a scholarship fund "for a Santa Monica student interested in pursuing an education in civic engagement or public service," to be called the Bob Holbrook scholarship.