New Los Angeles County D.A. George Gascon eliminated crime enhancements. Based on the charges against him, Maurice Taylor will be free in 12 years 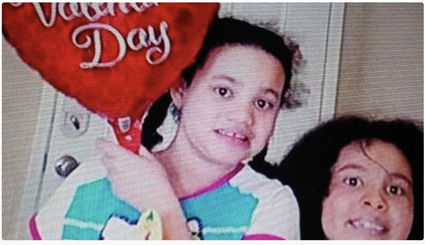 From a Go Fund Me page for Maurice Taylor's family

Maurice Taylor cut off his 12 and 13 year old sons' heads at the family home in Lancaster. Then the Santa Monica physical trainer forced his 9 and 10 year old children to look at the bodies for five days.

In Taylor's case he would have been eligible for the Death Penalty. Now he's looking at a 25 year sentence. He faces two 25 year murder sentences. Served concurrently, with time off for good behavior, he'll be out on parole in 12 years. Assuming he proves to be a model prisoner. Don't blame me, folks; you elected him just six weeks ago. Gascon was open about his agenda.

Several prosecutors have supported a move to complain to the California State Bar, that Gascon has acted contrary to his duties as an attorney. A former LAPD Police Sergeant, Gascon earned his law degree at night in 1990. It's not clear what the alleged ethical violation by Gascon would be, as he was quite open that this is what he intended to do if elected as District Attorney.

"I just don't understand why we're not trying to prosecute child killers," said Deputy DA John Hatami, in an interview with Fox News. Hatami choked up when he contemplated explaining the new policies to the families of victims. The mutiny in the LA County DA's office may also include a move to recall Gascon, though this would require 20% of LA County voters to sign a petition.

Gascon says that "tough on Crime" is a failure. He says that in general, families of victims want to feel more secure, and "do not want a pound of flesh," meaning that they do not want revenge. Gascon says that violent crime in LA has increase 30% in ten years, after policies promoted by tough on crime advocates. He says inmates serving long sentences, are more likely to be repeat offenders.

Gascon also says prosecuting crimes like trespassing and loitering to roust homeless people, is a waste of police resources. “Homelessness is a social problem, best dealt with by social workers, not police.”

Maurice Jewel Taylor Sr., 34, is charged with two counts of felony murder and two counts of child abuse under circumstances likely to cause great bodily injury or death. He is being held in the Los Angeles County Jail in lieu of bail set at $4.2 million. But he is likely to be released to the community, pending trial. He's been convicted of nothing, and Gascon ended cash bail.

Los Angeles County Sheriff's Deputies were called out to Taylor's home in Lancaster on Friday December 11. There they found 12-year-old Maurice Taylor, Jr. and 13-year-old Maliaka Taylor decapitated and sporting lacerations and stab wounds on their bodies. A 9 year old girl and an 8 year old boy were in their rooms, and the mom was in the house 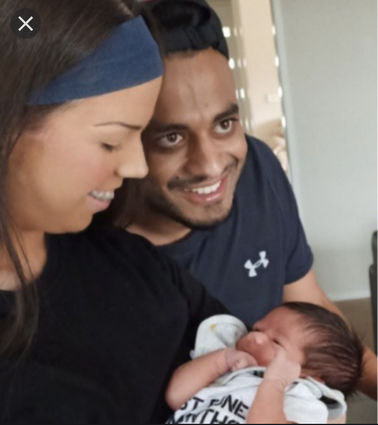 Maurice Jewel Taylor Sr., 34, is charged with two counts of felony murder and two counts of child abuse under circumstances likely to cause great bodily injury or death. He is being held in the Los Angeles County Jail in lieu of bail set at $4.2 million.

A friend of Taylor's mother in law has started a go fund me page, hoping to raise $25,000 for the family. https://www.gofundme.com/f/1yrem8xug0?utm_source=customer&utm_medium=copy_link&utm_campaign=p_cf%20share-flow-1&fbclid=IwAR2Jc1NJjyIP_YJtThvmCQzJSO9iEjSUA9QdoSTwbFa9WbahzzTy4Ej07y0

We actually have Governor Newsom to thank for the moratorium on the death penalty...the fact that he could get out in 12 years is something I am afraid his two kids left behind is going to have to grapple with. Is it fair to them? Let THAT be on your conscience Gascon...

People that voted that man into office, just made victims , lifetime victims. They'll receive no justice. This guy is worse than Governor Brown who claimed rapists weren't violent offenders

For the past 20 mins I have been trying to voice my opinion about this article where the man decapitated 2 of his kids and may walk free after 12 years. But this site won’t print what I had to say. Let’s just say I certainly was NOT praising the guy so just what can I sayThank you