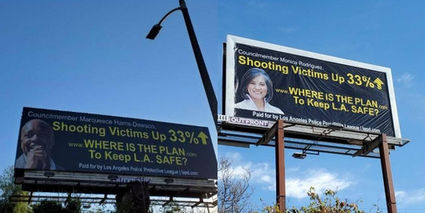 The police union knows that reducing officers will not reduce crime

Editor's note: This announcement from LAPPL does not mention the expected increase in crime and decrease in penalties and jail time for perpetrators that will be caused by the policies of the new District Attorney, George Gascon. We find that interesting. 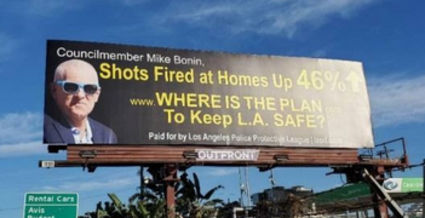 LA City Councilmember Mike Bonin bills himself as caring about public safety, but virtue signalling is his main priority

Los Angeles, CA-Murders, shooting victims, and shots fired into occupied homes are increasing starkly in Los Angeles as some city leaders are calling for the elimination of 1,000 police officers from the LAPD. Among the hundreds of shooting victims was a pregnant 24-year old who was shot and killed while sitting in a parked car. This cold-blooded murder spurred the Los Angeles Police Protective League (LAPPL) to place billboards in 5 city council districts and to release a digital ad demanding a plan from city leaders to keep L.A. safe.

The LAPPL has also launched two domain names whereistheoutragela.com and whereistheplan.com that link to a new webpage that updates the increasing gun violence plaguing our city.

"Where is the outrage over the carnage, the loss of life and the ever increasing danger plaguing many neighborhoods of our city?" asked Craig Lally, President of the LAPPL. "We hear nothing from City Hall but cut police officers, but where is their plan to keep L.A. safe?"

"In 2019, seventy percent of the 30,000 violent crime victims in our city were either Black or Hispanic, and politicians want to cut hundreds of officers," Lally continued. "Who will protect these residents and seek justice for the victims and their families?"