Can Gascon Hack it? With His Reversal on Sentencing Enhancements, New Los Angeles District Attorney George Gascon Reveals it was George Soros's Money Rather than Gascon's Political Savvy that Got him Elected

Gascon entered office with the apparent idea that he'd received a social justice mandate with his 53% vote. He was wrong. 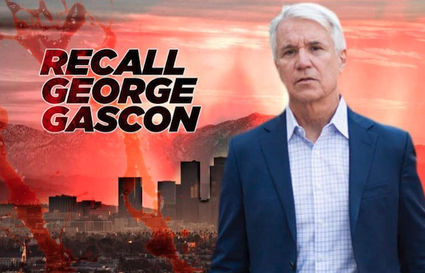 Campaigns are already afoot to recall the far-left progressive district attorney, George Soros, though they cannot legally be brought for another six months

Newly installed LA County District Attorney George Gascon was forced to reverse his initial shot at eliminating all sentencing enhancements in charges filed against criminal defendants last week. On Friday, he sent out a public letter claiming he wanted to be responsive to "input" from the community and was therefore making "some adjustments to my initial directives." He ended up agreeing to apply enhancement in charging to cases involving children, the elderly, and for hate crimes.

Gascon entered office less than two weeks prior to this with an apparent idea that he'd received a "social justice" mandate with his 53% vote. His first move as the chief law enforcement officer entrusted with ensuring public safety was to direct all of his prosecutorial staff to drop any possible enhancement that could be requested in criminal charges. Laughably, his second big move was to form a Crime Victims Advisory Board - apparently understanding that the first move was going to create a need for the second.

Predictably, the order to drop all enhancements set off waves inside the ranks of deputy district attorneys, many of whom actually want to keep our streets safe. Victims' families publicly cried out against Gascon's drastic new policy.

Gascon was faced with the hard reality that 47% of the public - a sizable chunk - was not thrilled with his soft-on-crime attitude. His sweeping, abrupt "reforms" made it onto national television, and not always in a good way. Two high-profile cases made him look like a monster. He wanted gun and multiple-murder enhancements dropped in the sentencing of a man convicted of shooting an off-duty cop in the back of the head at a Jack in the Box (after the defendant had earlier in the day killed someone else). Gascon also ordered Deputy DA Jon Hatami to drop enhancements in the sentencing of a woman convicted of torturing and murdering her 4-year-old daughter. The convicted woman had a history with law enforcement, previously having stabbed her boyfriend - in front of her children - stabbed her sister, punched her son in the face, and crashed her car with her children in it.

The Anti-Defamation League and other groups opposing hate crimes got in on the criticism.

Gascon backed down. He backed down from a position he never should have taken in the first place. If he were actually an astute politician and not simply the tool - I mean, the beneficiary - of far-left progressive George Soros's $2.5 million in campaign financing, Gascon would not have ended up having to make a ham-handed exit from an untenable perch.

Gascon is out of his league here. He resigned as District Attorney for San Francisco over a year ago, claiming he wanted to return to Los Angeles to care for his sick mother. It now looks as though he was responding to a job offer from Soros. Soros liked what he saw in Gascon, who'd co-authored California's Proposition 47, which reduced many former felonies to misdemeanors. Soros wanted Gascon in a position wielding power over far more people. Los Angeles County is more than 10 times the size of San Francisco in population. 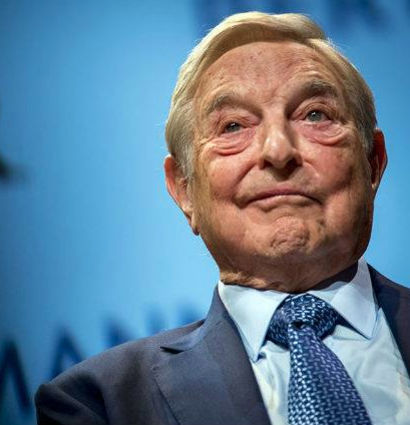 Hungarian-born 'philanthropist' George Soros, also known as the "man who broke the Bank of England," has funded DA campaigns across the country and installed soft-on-crime prosecutors in Philadelphia, St. Louis, and now Los Angeles

But Gascon does not appear to have the chops for the job. In his Open letter to the community explaining his reversal on the sentencing enhancements, he's clearly struggling to do damage control, blaming others and lying. "I have also witnessed police unions, private attorneys and others with financial motives make provably false and salacious statements in a concerning attempt to sow fear and panic," he claimed in the letter, claiming it was these parties, and not bare facts, which was prompting the backlash against himself. Gascon then went on to repeat the falsehoods he'd made during his campaign about his record on reducing crime in San Francisco. "I have lowered violent crime in every leadership position I have held," he claimed in the letter. The facts dispute this statement. Under his tenure, rapes doubled in San Francisco. The violent crime rate became 54% higher than in California as a whole.

Lying and shifting blame are the tactics of someone on the defensive. After less than a month in office, that describes George Gascon. Maybe he can't be legally recalled for at least six months, but he can always resign.

After all, he's done so before.