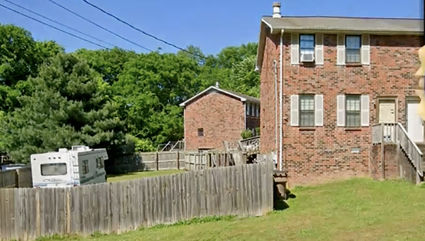 Google Earth showed this image of a home owned by Anthony Quinn Warner, which also shows an RV matching the one used in the Nashville bombing.

Update 12/27: The FBI identified a 63-year-old man as a person of interest in the investigation. Anthony Quinn Warner also owned a home near downtown LA, but recently quitclaimed it to an unidentified woman. Investigators searched his home in the Antioch neighborhood of Nashville.

Google Street View images of the address of Warner appeared to show an RV similar to the one used in the bombing. Neighbors of the property told a local news outlet that they recognized the RV in the image released by police, saying it had sat unused for years until its owner began giving it renewed attention about a month before the bombing, with it disappearing off the property entirely days before.

Authorities have said the attack was likely a suicide bombing and that they are investigating whether the person of interest carried out the bombing.

Law enforcement sources say the human remains of one man found in the wreckage of an RV exploded Christmas morning in Nashville, match the description of the vehicle's registered owner. This makes the event a likely suicide, rather than an act of terrorism. The man in question even warned people away with a 15 minute long audio recording that said the van would explode. No group has claimed credible responsibility for the explosion, which gained national news attention on Friday. Update 3:10 pm PST

An explosion Christmas morning in Nashville Tennessee appears to be an intentional act, authorities said. A recreational vehicle parked in a commercial area exploded, causing damages to several businesses.

The explosion occurred at 6.30am on 2nd Ave N, in the city's downtown area. Police have described it as "significant" and have said it was likely intentional. Three people have been taken to a local hospital, though their injuries are believed to be minor.

Chief of Police J. Drake said his officers responded to a 'shots fired' call Friday morning. They found an RV playing a recording saying that the vehicle would explode. Police sought to immediately clear the area and call on bomb squad and then the RV exploded. 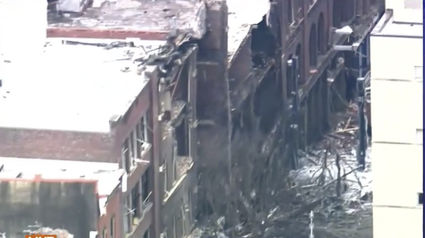 Witnesses near the RV heard a megaphone warning of an explosion, and called Nashville Police. The three men who were injured were police officers searching for the bomb at the time of the explosion. The RV had been parked across the street from an AT&T facility

"This is our city too. We live here we work here, and we are putting all our resources into finding out who was responsible," said US Attorney William French. He and other authorities spoke at a news conference, to reporters.

Speculation had centered on Antifa. Nashville is a conservative town in a Red State, which recently has become a draw for conservatives. Conservative outlet The Daily Wire news corporation, for example, recently relocated from Los Angeles to Nashville.

The White House said he was informed of the explosion. Trump thanked first responders and asked Americans to pray for the injured and their families.