When the ADDA's new chief tells them to take actions that are not in accordance with state law, these deputies are put in the untenable position of being unable to both follow the directives of the District Attorney and to uphold the law. 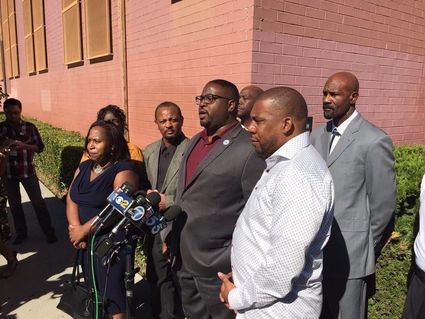 A group of South Los Angeles religious and civil rights leaders call on Black Lives Matters activists to apologize for allegedly threatening a local pastor in 2015. This is the "reform" they want.

The press release claims the ADDA will not prevail in their coming restraining order against Gascon to prevent him from forcing his deputies to drop sentencing enhancements in charging criminal defendants. Furthermore, the law professors claim the only reason the ADDA is filing the lawsuit is because they have a "longstanding opposition to reform and the will of Angelenos."

The ADDA says the lawsuit is not yet finalized and has not been filed.

The deputy district attorneys who work for Gascon are officers of the court, sworn to uphold the law. When their new chief tells them to take actions that are not in accordance with state law, these deputies are put in the untenable position of being unable to both follow the directives of the District Attorney and to uphold the law. Their lawsuit is expected to try to address this inconsistency and force Gascon to allow them to behave in a legal manner.

Gascon, who resigned as District Attorney of San Francisco a year ago, made immediate waves as soon as he took the oath of office. He ordered all sentencing enhancements dropped from all criminal cases. Victims and prosecutors alike were appalled and protested. Sentencing enhancement were dropped in some particularly ugly and high-profile cases, such as against the defendant alleged to have shot an off-duty policeman in the back of the head while he was waiting in line at a Jack in the Box. He also ordered Deputy DA Jon Hatami to drop sentencing enhancements for a multiple-prior female defendant accused of torturing and killing her 4-year-old daughter. 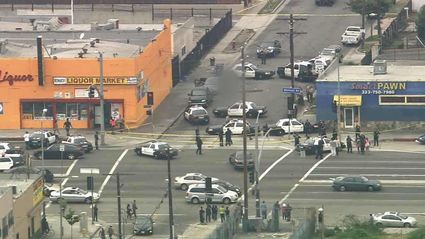 On December 18, about two weeks after taking office, Gascon was forced to reverse course on at least a few issues. He relented and said he would allow sentence enhancements for crimes against minors, the elderly, and with respect to hate crimes.

The law professors defending Gascon say that the California Supreme Court has held that "'California district attorneys are 'giving complete authority to enforce the state criminal law in their counties.'" They ignore the fact that what Gascon is doing is NOT enforcing the law. He is instead ignoring the law.

But some ivory tower eggheads think they know better than prosecutors down in the trenches who actually have to confront the violence and pain inflicted by criminals on the community. From their protected perch, they say that "DA Gascon's policies will enhance health and safety in Los Angeles."

They ought to come stay in an apartment in South Central for a month and see if they still agree with their own, elite, self-virtuous opinion.

They are activist attorneys who do whatever is needed to further the cause of a socialist takeover.