Downtown SM Parking Structure The Site of Another Suicide

Santa Monica's downtown parking structures were the site of about six suicides last year, mostly in the hours just before dawn. 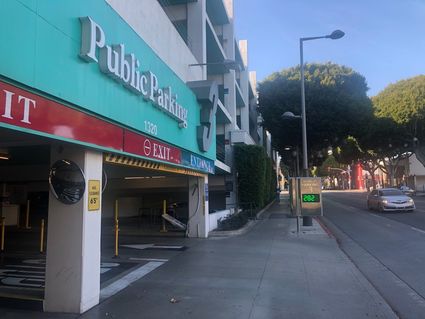 Police officers and firefighters responded to a call on the 1500 block of 4th Street at about 4:30 a.m. on Monday morning for a report of a person on the sidewalk. A man aged about 30 appeared to have fallen from the top of the nearby parking structure.

They closed the intersection of 5th Street and Arizona for 3 hours Monday morning as police investigated the incident.

Officers found the man in acute distress with obvious injuries. Police attempted to treat him, until paramedics arrived and took over CPR and other treatment. However, the young man was pronounced dead at the scene.

The intersection was cleared and reopened at 7:10 am. This investigation is ongoing and anyone with information is urge to call the Santa Monica Police Depart at 310-458-8495.

Santa Monica's downtown parking structures were the site of about six suicides last year, mostly in the hours just before dawn. For those suffering from depression, help is available 24 hours a day at the National Suicide Prevention Lifeline in English and Spanish. 800-273-8255