By Olga Zurawska and Michael Louis 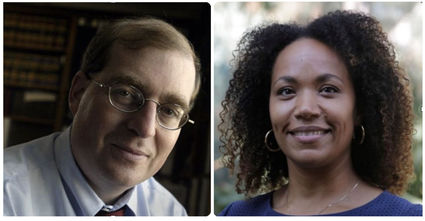 The main purpose of this letter is to urge the City Council and Councilmember McCowan to reconsider Mr. Cardona's position as stated in his January 6, 2021 response to Olga Zurawska's Demand to Cure and Correct.

In his letter, Mr. Cardona claims that the very fact that Councilmember McCowan had publicly disclosed her serial meetings with the Council majority prior to the selection of Mayor and Mayor Pro Tem on December 8, 2020, cures any potential Brown Act violation.

Mr. Cardona also claims that there is no need for Councilmember McCowan to recuse herself from the new vote on January 12, 2021. In Mr. Cardona's view a recusal would constitute a "punishment" that could have a chilling effect on future public disclosures of Brown Act violations by the councilmembers.

Mr. Cardona's reasoning, if followed by the Council on January 12 and onward, will set a dangerous precedent. It will open the door to massive Brown Act violations. It will normalize the making of deals and agreements by Councilmembers outside of public view. The Councilmembers will know that as long as they publicly disclose the unlawful communications at a Council meeting, they simply will be allowed to move on as if the violation did not occur. This will effectively turn various Council deliberations and votes before the public into a for-show-only routine.

Mr. Cardona's position flies in the face of the very premise of the Brown Act. It could ultimately cause an erosion of transparency and democracy in the Santa Monica government.

Santa Monicans must not allow this.

On January 12, 2021 for the first time since 2014, public comment regarding leadership selection will be allowed as required by the Brown Act. The question arises: why was this not allowed in the last three selection cycles? And who is responsible for this additional Brown Act violation?

For purposes of transparency and to stimulate a debate on this leadership selection, we propose that prior to the public comment, a brief description of the duties and responsibilities of the Mayor and Mayor Pro Tem be stated by The City Clerk or Interim City Attorney. We see no reason why this could not become customary for all future Council leadership selections.

Further, we propose that each councilmember who offers a nomination accompany it with a brief justification for nominating that particular councilmember. We also propose each councilmember accepting a nomination offer a brief statement on what qualifies them for the leadership position. Without this, the selection of Mayor and Mayor Pro Tem appears to be mechanical at the least, or fueled by motives unclear to the public at worst.

It is obvious to any reasonable observer that Interim City Attorney Cardona's position against substantive consequences for the Brown Act violation is not in the public interest. If executed by the Council on January 12, it will lead to a dangerous precedent for the democratic process. In effect, Mr. Cardona's position invites Brown Act violations that will further erode the ethical standards in Santa Monica government. This runs counter to the mandate for change Santa Monicans voiced in the most recent election.

A note from Olga Zurawska regarding email communications with Interim City Attorney Cardona:

The above material is being published as an open letter because I was deprived of the opportunity to communicate it to Mr. Cardona and the Council during the negotiations regarding my Demand to Cure and Correct. Mr. Cardona suddenly broke off the negotiations before we started discussing the substance of the matter. This premature and abrupt termination of our negotiations occurred after I asked Mr. Cardona via email whether he was in a position to negotiate on behalf of the City. I had mentioned via email there was a chance Mr. Cardona had a conflict of interest and I asked him to explain how it was not the case. I stated that upon his response I would weigh the options on how to proceed. Mr. Cardona never explained how he did not have a conflict of interest. Instead he broke off the negotiations, and would not state whether this was his unilateral decision or that of the Council.

In his January 6, 2021 response to my Demand, Mr. Cardona falsely states that I "asserted" he had a conflict of interest. Since Mr. Cardona misrepresented this fact in his letter, which is a public document, I am now answering publicly to set the record straight. I invited a fellow activist, Michael Louis, to join me in responding to Mr. Cardona's letter.