Out of more than 30 California cities included on the 989-town list, Santa Monica placed 808 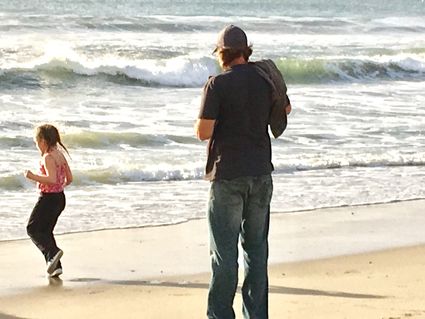 A father and daughter on Santa Monica beach.

Though Santa Monica is prime destination for tourists, celebrities and international jet set, it is not as safe as its neighbors, according to MoneyGeek's safest cities study.

Every year, MoneyGeek, a personal finance company, calculates the safest small cities and towns in the nation – those with 30,000 to 100,000 residents -- by analyzing crime statistics and the costs associated with each crime. Afterwards it provides nationwide rankings based on research and analysis.

In 2020 – a year which saw many Americans flee the large cities during the pandemic, political and social unrest – the study found that most of the safest cities and towns in America are located in the Northeast. The least safe towns are more spread out, with Gary, Indiana, topping that list. The study also found that small cities are as unsafe as larger ones, suggesting that factors beyond population size and density are at play. 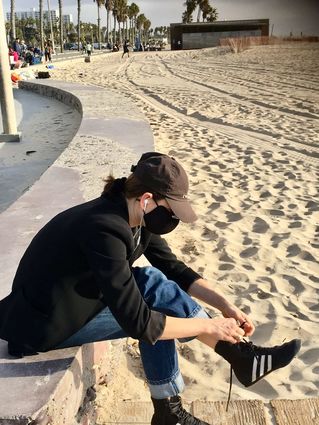 A woman ties her shoes on Santa Monica beach.

According to the study, the safest small city in California is Rancho Santa Margarita, ranking 33 in the overall list, with a per capita crime cost of $102. Other Southern California cities with top ranking in the safest list are Yorba Linda, placing 41, Moorpark, 63, Laguna Hills 113 and Camarillo 125.

We won't be safe until we get the homeless people off of the streets. Period.