Rain causes bacteria, chemicals, and other debris to wash into the ocean at storm drains and creeks 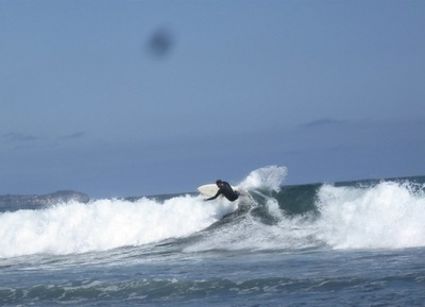 Because of the recent rainfall, Los Angeles County Health Officer, Muntu Davis, MD, MPH, is cautioning residents that bacteria, chemicals, debris, trash, and other public health hazards from city streets and mountain areas are likely to contaminate ocean waters at and around discharging storm drains, creeks, and rivers after a rainfall. Individuals who enter the water in these areas could become ill.

This advisory will be in effect until at least Wednesday, January 27 at 7:30 a.m. This advisory may be extended depending on further rainfall.

Recorded information on beach conditions is available 24 hours a day on the County's beach closure hotline: 1-800-525-5662. Information is also available online at: PublicHealth.LACounty.gov/Beach/ 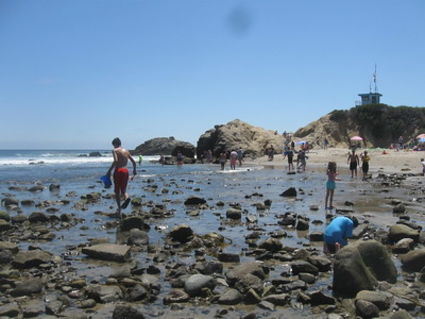 Marine debris, also known as marine litter, is human-created waste that has deliberately or accidentally been released in a sea or ocean. Floating oceanic debris tends to accumulate at the center of gyres and on coastlines, frequently washing aground, when it is known as beach litter or tidewrack. Deliberate disposal of wastes at sea is called ocean dumping. Naturally occurring debris, such as driftwood and drift seeds, are also present.

With the increasing use of plastic, human influence has become an issue as many types of (petrochemical) plastics do not biodegrade quickly, as would natural or organic materials.

Waterborne plastic poses a serious threat to fish, seabirds, marine reptiles, and marine mammals, as well as to boats and coasts. Dumping, container spillages, litter washed into storm drains and waterways and wind-blown landfill waste all contribute to this problem. This increased has caused serious negative effects such as ghost nets capturing animals, concentration of plastic debris in massive marine garbage patches, and concentration of debris in the food chain.