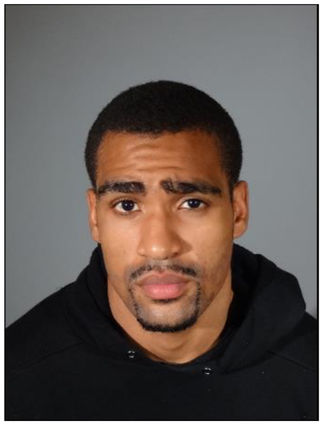 A28-year-old man has been sentenced to life in prison for breaking into a Santa Monica woman's apartment, slashing her repeatedly and attempting to rape her two years ago.

Rashad Devon Harris, of Los Angeles, was recently found guilty on six counts in connection with the violent home invasion that occurred in 2018. He was sentenced to life in State Prison on January 6.

According to Santa Monica Police Department (SMPD), on February 23, 2018, at 3:20 a.m., officers responded calls from residents of the 1700 block of Fifth Street who reported hearing a woman yelling for help.

Arriving at the scene, officers found a woman bleeding from lacerations on her hands, arms and forehead. She told them she woke up to find an unknown man in her apartment who demanded money, police said.

"The suspect tried pushing the victim into another room when the victim began to fight with the suspect," police said a press release. "The suspect armed himself with a knife and slashed at the victim several times, as she continued to fight him off and yell for help. The suspect eventually fled from the location and the victim was able to call 9-1-1."

Detectives with the Criminal Investigations Division of SMPD were able to identify Rashad Devon Harris as the main suspect of the home invasion and he was arrested on February 27, 2018.

The case was presented to the Los Angeles County District Attorney's Office on March 1, 2018 where Harris charged with the following crimes: Assault with the Intent to Commit Rape, Burglary; Robbery, Assault with a Deadly Weapon, Mayhem and Criminal Threats,

Harris was held at the Los Angeles County Jail without bail. On December 20, 2020, after a lengthy court and trial process, Harris was convicted on all counts.