During the assault, the suspect attempted to strangulate the victim and yelled, "I am going to kill you!" 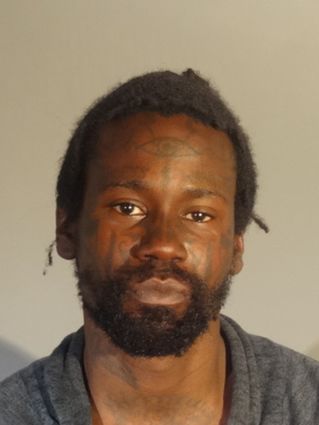 During the assault, Bobby Gerald Edwards attempted to strangulate the victim and yelled, "I am going to kill you!"

The SMPD says that they have arrested one homeless man for trying to kill another. The press release follows below.

On January 31, 2021 at about 11:21 p.m., officers from the Santa Monica Police Department responded to the intersection of 4th and Colorado regarding an "unknown trouble" call. When officers arrived on scene, they discovered a male victim who was bleeding profusely from his face.

The victim told officers he was punched several times in the face by an unknown individual and strangled to the point that he lost consciousness.

Officers located the described subject a short distance away, identified as Bobby Gerald Edwards, a 32-year-old black male from Los Angeles. Edwards made spontaneous statements tying him to the incident that had just occurred.

The victim also identified Edwards as the suspect who assaulted him. The victim believed the attack to be unprovoked. He explained to officers that he was assaulted when he attempted to engage Edwards who was yelling and appeared to be emotionally distressed.

During the assault, the suspect attempted to strangulate the victim and yelled, "I am going to kill you!" The victim was eventually able to yell for help and police, which caused Edwards to stop, not before grabbing the victim's phone and throwing it, preventing the victim from calling 9-1-1.

The victim was treated scene by Santa Monica Fire Paramedics then transported to a local hospital. Edwards was taken into custody and was booked for Attempted Murder – 664/187 P.C. and Preventing the use of a device to summon for help – 591.5 P.C.

Anyone with any information related to this incident is encouraged to contact Criminal Investigations Division (CID) Detective D. Larios at (310) 458-8937 or Police Dispatch at 310-458-8491.