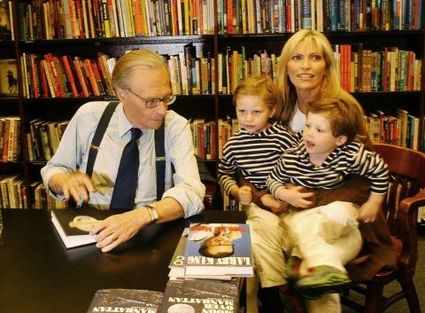 Larry King (born Lawrence Harvey Zeiger) was born on November 19, 1933 in Brooklyn New York. His parents Jennie (Gitlitz) and father Aaron Zeiger, were Orthodox Jews who immigrated to the United States from Belarus in the 1930's. Larry moved to Miami shortly after graduating high school and got his first job in radio, and quickly began conducting interviews.

The Larry King Show was broadcast live Monday through Friday from 12 midnight to 530 AM. For over 25 years Larry would interview a guest for the first hour, with guests asking questions for another two hours. Larry interviewed countless celebrities, athletes, presidential candidates, psychics, Hollywood stars. World leaders and everyday people. Larry retired in 2010 after taping more than 6,000 episodes of ''The Larry King Show" and conducted more than 60,000 interviews

For over 20 years until 2001 Larry King wrote a column for USA Today that covered his observations and remarks about pop culture, politics and sports

Larry King created the 'Larry King Cardiac Foundation" in 1988 after his bypass surgery.

Larry King was the recipient of many awards including two Peabodys, an Emmy and ten Cable ACE Awards

Larry's positive energy and generosity of spirit attracted the world to him. One of Larry Kings famous quotes was "You make your own luck. Luck is the residue of design" 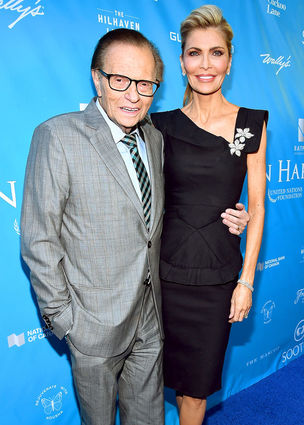 I was fortunate to have been able to meet and chat with Larry King over the past 20 years at some of the various charity fundraisers and celebrity events that I have attended.

The last time was on February 6, 2020 at "The 6th Annual Hollywood Beauty Awards" where Larry graciously chatted with the media after giving his speech at his table. Larry loved to amuse everyone with a few of his off color jokes. He proudly introduced everyone to his handsome so, Chance Armstrong King.

He was a remarkable man and innovator in his history making career in broadcast radio and TV, but Larry should be remembered as an extraordinary humanitarian with an insatiable world curiosity and love for all mankind