A nationwide phenomenon, street racing is illegal. But young people are tired of being stuck at home during the pandemic 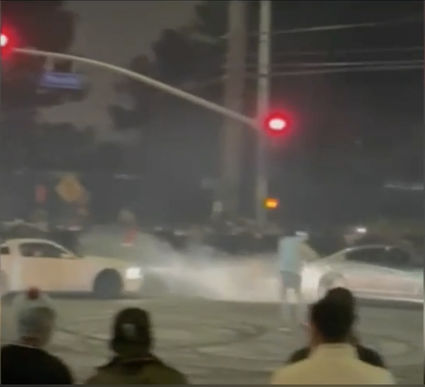 Residents are unhappy about street racing in neighborhoods like West Los Angeles.

Tonight tonight the highway's bright. Out of our way mister you best keep!

'Cause summer's here and the time is right, For racing in the street. -- Bruce Springsteen, Racing in the Streets.

If you're young and in high school or college, street racing has become the thing to do to get out of the house during this pandemic. There are reports of street racing in Pacoima, in South LA and East LA. The cars are often modified. They spin out and turn donuts as a mostly male, mostly minority crowd watches. 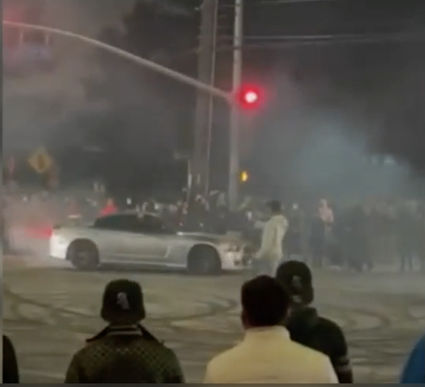 Residents are unhappy about street racing in neighborhoods like West Los Angeles.

Spectators and participants coordinate on social media. Few spectators wear masks or socially distance, as if Covid-19 were not an issue.

Springsteen sings, "summer's here and the time is right, for racing in the streets." It's winter in Los Angeles, a typically mild winter. People are tired of being cooped up in their homes all day. But street racing is illegal. The crowds may be thrilled by drivers' stunts. But residents are unhappy about the noise and the potential dangers.

The LA County Sheriff's Dept and the LAPD are on top of it, trying to shut it down. But it keeps popping up at major intersections. The LAPD has a separate task force, but says they do not have the resources to shut it down everywhere.

It's also a nationwide phenomenon. A spin out into a crowd at an intersection in Tacoma, WA, injured at least three people in late January.