Some on social media commented that the passengers' reaction to the object did not seem sufficiently emotive. 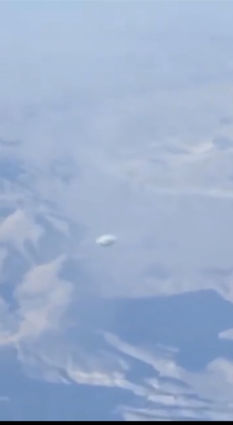 The best footage of a UFO taken from an airplane in several years was posted to Reddit and to Twitter on February 2, 2021. The footage may be seen here: https://www.reddit.com/r/UFOs/comments/lcalco/best_footage_of_an_ufo/?utm_source=share&utm_medium=web2x&context=3

In the footage, a woman points to a oblong object seemingly following the airplane about a kilometer away, off the starboard side. "oh wow it teleported huh that's pretty cool", she says. The object is seen to reverse direction and quickly vanish to the right of the window.

Some questioned whether this was a natural reaction or not. Some on social media commented that the passengers' reaction to the object did not seem sufficiently emotive.

"What tipped me off is their reactions. Wouldn't the more natural reaction be more in the ballpark of "HOLY [email protected]#$ WHAT THE F*&$ OH GOD WHAT IS HAPPENING" and not "oh wow it teleported huh that's pretty cool" writes one redditor 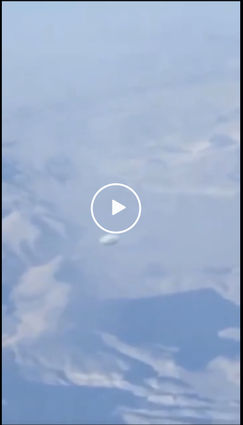 "People, for the love of God, think things through all the way," wrote another. "That's right, all the way to the end. Not to the part where what you want to be true suddenly seems as though it is. Wouldn't the more natural reaction be more in the ballpark of "HOLY S#@% WHAT THE F*#$ OH GOD WHAT IS HAPPENING. No. No, it would not. That may be your natural reaction, but it doesn't make it everyone else's go-to. Everybody is different. There's a post on this subreddit right now about how the OP finally saw something and didn't react anything like they expected that they would...." responded another redditor. "If we don't even know ourselves how we're going to react, then it's complete nonsense to think a reaction is anything to judge by. That goes for every clip, including this one. I don't know if this one's fake or not, but as a rule, you can't decide if something's fake or not based off of people's reactions."

My advice would be to watch it for yourself and judge. And therefore as a stranger give it welcome. There are more things in heaven and earth, Horatio, than are dreamt of in your philosophy, as Shakespeare wrote.