Super weird halftime show was half Michael Jackon's Thriller, Half something else. 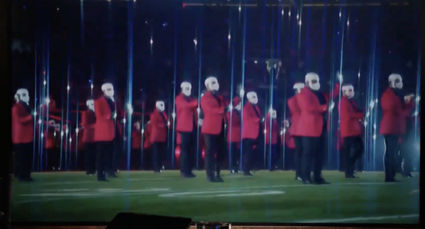 The Weeknd's super weird, Superbowl half time show made no sense to anyone. The guys marching in masks was half Michael Jackon's Thriller, Half pandemic fears. It sucked as much as Bruce Springsteen's let's all get together ad, but we watched anyway because we had nothing better to do. 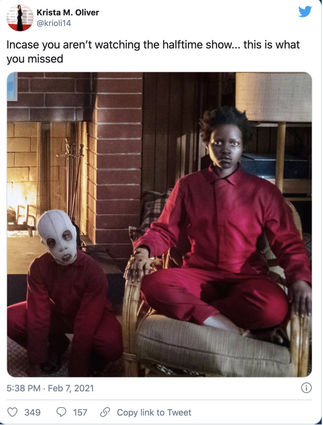 Is anyone else has lost as I was? I turned on the TV to see some Canadian guy in a field full of people wearing masks in redcoats marching around the field. Completely not sure what it supposed to represent. To be fair this was no doubt a difficult Super Bowl to stage, given Covid and the lockdowns quarantine's and all that.

People on Twitter also didn't get it. "I find #TheWeeknd such a creative artist but this was not it Yawning face #HalfTimeShow," one viewer wrote.

"I love @theweeknd , but that could have been better. His music choice was great, but overall, for a half time show, IT COULD HAVE BEEN BETTER," wrote another.

"no offense to The Weeknd but what was that," a third noted.

"Look I really like the Weeknd's music and he had a really good song selection, but I didn't think the halftime show was that great. It was a bit underwhelming," added another.