Gascon Cannot Ignore the Law, says Judge today: County District Attorney Will be Forced to Follow Current Law Rather Than Imposing His Own "Justice Reform" Version

The court ruled as we expected in holding that the District Attorney cannot order his prosecutors to ignore laws that protect the public from repeat offenders. 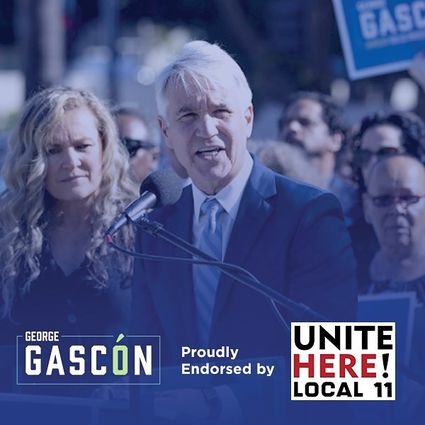 The court ruled as we expected in holding that the District Attorney cannot order his prosecutors to ignore laws that protect the public from repeat offenders. As detailed in our reply brief, the court ruled that the District Attorney's policy violated the law to benefit criminal defendants and ordered him to comply with the law. This ruling protects the communities which are disproportionately affected by higher crime rates and those who are victimized.

The District Attorney, as is his right, may choose to appeal the court's decision, and we respect that. However, as the court ruling makes clear, this decision was based on what the law is and not what an officeholder thinks it should be. We want to thank the many other elected District Attorneys that shared our concerns and strongly supported the litigation that could not be avoided. We continue to respect the District Attorney, and we look forward to working with him and his Administration in furtherance of the interests of justice and our membership. 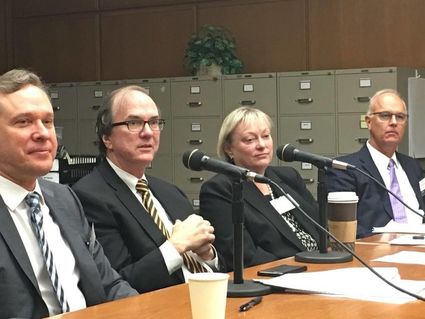 Judge James C Chalfant is second from the left

The ADDA continues to support common-sense criminal justice reform. One of the underpinnings of proposed reform assumes that an entirely new social infrastructure-complete with educational programs, vocational training, counseling, and supervision-will take the place of standard-length prison sentences. However, that infrastructure does not exist. It is difficult to conclude that letting convicted prisoners out early-without the theoretical support system in place-is likely to do anything but expedite recidivism.