In their press release, they say "the early data shows us that we need to make it much easier for American/ Indian/Alaska Native, Black/African American and Latino/Latinx residents and workers to be vaccinated in their communities by providers they trust." 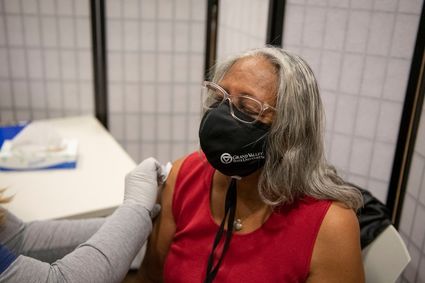 February 10 - On Monday, the Los Angeles County Public Health Department released statistics regarding the demographics of those who have received the Covid-19 vaccine. Of all the doses given so far in Phase IA and for seniors over 65 years old, 25% were given to White residents, 25% to Latino residents, 18% to Asian, 17% to multi-racial and 3.5% to African Americans.

According to the LAC DPH, these statistics "highlight a glaring inadequacy" in the vaccine roll-out process.

The last census count is from 2010, and the numbers have changed since then, but roughly 25% of the county is white, 25% Hispanic, and 9% African American. So the vaccine statistics do seem to point to far less African Americans receiving the vaccine, proportionately speaking.

The data related to seniors-only is different from the data of vaccine-takers as a whole. The percent of seniors getting the vaccine who are white is 29.4%, the percent African American is 7.2% and the percent who are Latino is 14.3%.

The LAC DPH claims they are "alarmed by the disproportionality." In their press release, they say "the early data shows us that we need to make it much easier for American/ Indian/Alaska Native, Black/African American and Latino/Latinx residents and workers to be vaccinated in their communities by providers they trust."

At first glance and without all relevant data available, it could look as though the roll-out of the vaccine must indeed be excluding or hindering Blacks and Latinos. The health department has leapt headlong into a mea culpa regarding what must be racial/ethnic hardship exacerbated by their own unconscious bias.

It would be wise, however, for the county health department, on whom we are all depending for their public-health wisdom, to consider other possibilities for a slightly lower rate of vaccination among elderly Blacks (who are only 9% of the population, not so different from the 7.2% who are getting vaccinated) and the far lower rate of vaccination among elderly Latinos (who, at 25% of the population are vaccinating at an apparently far lower rate of 14.3%). 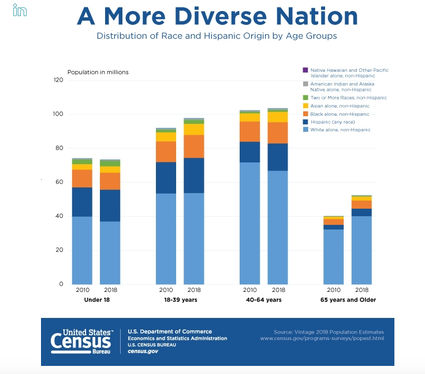 The most likely possibility for these disparities - one the health department should certainly be aware of but apparently is not - is that the age demographics of different racial/ethnic groups varies. There are far more elderly white people among white people than there are elderly Latinos among Latinos. According to a U.S. Census graphic from 2018, approximately 20% of the white population is over the age of 65. Only about 7% of the Hispanic population is over 65. (That is almost a third of the percent for whites.) The elderly percent for the Black population is around 10%. It is therefore utterly predictable that fewer 65-year-old-plus Latinos (and Blacks) would show up to get vaccinated than 65-year-old plus whites. There are less total number of elderly Latinos than elderly whites in the overall population, by about a third.

One could actually make the argument that a 14.3% vaccination rate for elderly Latinos is very, very good - higher proportionately than for elderly whites.

Just because a result is unequal does not mean that some oppressive authority caused the disparity. It might. But it also might mean something very different.

This goes with the assumption that the County Health Department is actually interested in people getting the vaccine, logic, etc. They are using it to further racial hysteria and disseminate white privilege ideology.