It's Too Late Disney Fans: "Mandalorian" star Gina Carano Has a New and Better Gig with the Conservative Daily Wire

The Daily Wire has recently moved to expand from a website of daily articles and web-based video commentary to a serious media company with investigative journalism on the one hand and arts and entertainment on the other. 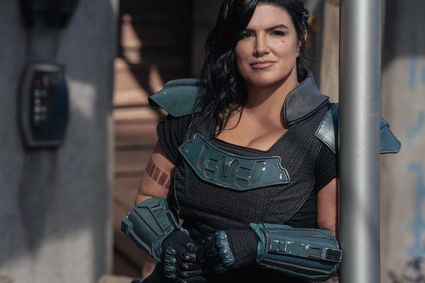 A Change.org petition of "Mandalorian" fans to reinstate actress Gina Carano to her role as Cara Dune reportedly has thousands of signatures. The actress was fired by Disney from her spot in the "Star Wars" TV series, "The Mandalorian" after an allegedly anti-Semitic post that compared the way the Nazi government encouraged its citizens to hate Jews with the way today's society is encouraging people to hate others with different political views:

"Jews were beaten in the streets, not by Nazi soldiers but by their neighbors ... even by children.

"Because history is edited, most people today don't realize that to get to the point where Nazi soldiers could easily round up thousands of Jews, the government first made their own neighbors hate them simply for being Jews. How is that any different from hating someone for their political views?"

It is tough to make a case that this post is anti-Semitic, let alone "abhorrent and unacceptable," as Lucasfilm publicly portrayed it. Carano simply used a situation from history and compared it to a situation going on now regarding the ousting from the public square of people whose views do not fit an ever narrowing band of acceptable narratives. Ironically, her termination by the Disney company perfectly illustrates her point.

According to some reports, Lucasfilm had been looking for an excuse for months to cut ties with the politically conservative star.

Conservative media exploded at the news, which served to confirm their contention that political conservatives are being treated as though they are not fit for decent society.

Within two days, conservative media company Daily Wire had signed a contract with Carano allowing her to produce and star in her own film. The Daily Wire is co-founded by Orthodox Jewish commentator Ben Shapiro, who apparently did not find Carano's tweet anti-Semitic.

The Daily Wire reported that Carano was overjoyed with her new contract. "The Daily Wire is helping me make one of my dreams - to develop and produce my own film - come true. I cried out and my prayer was answered," she said in a statement on the Daily Wire's website. "They can't cancel us if we don't let them." 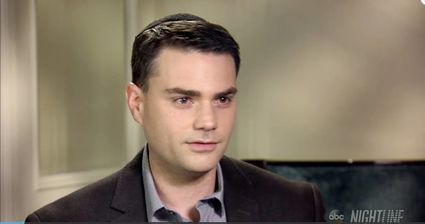 Conservative talk show host Ben Shapiro of the Daily Wire. As an Orthodox Jew, he always wears a yarmulke or skullcap, as can be seen in this photo. He was not offended by Carano's tweet.

The Daily Wire has recently moved to expand from a website of daily articles and web-based video commentary to a serious media company with investigative journalism on the one hand and arts and entertainment on the other. They have purchased a film, "Run Hide Fight," that was apparently rejected by establishment Hollywood as unbefitting their progressive view of gun control. With Carano's contract, they seem poised to dive full-on into entertainment production.

The protest against Carano's termination by Disney has bled into more mainstream media. An opinion piece in New York Magazine by Jonathan Chait argues that a fair and liberal society should be able to separate the political views of an individual from their performance in a job. Chait take the apparently perilous tack of comparing Carano's firing to a situation in history - in this case the Hollywood blacklists of the McCarthy anti-communist era. Perhaps we will be hearing about Chait's ouster next week with charges that he has been insensitive to communists.