Governor Gavin Newsom instituted a California Connect, a contact tracing program for Covid-19 cases, in late May, 2020 with the promise of confidentiality, so why do we need this law? 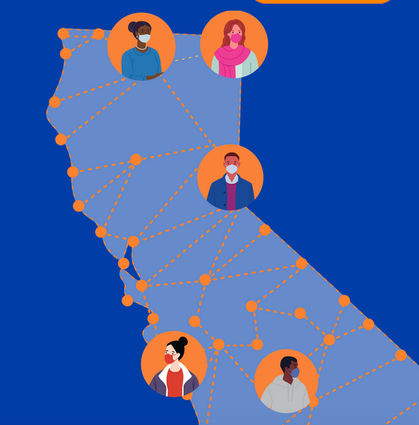 2/17: A bill was introduced yesterday in the California State Assembly that would limit the ability of government agencies that are not health departments from using information collected in contact tracing. According to AB 814, introduced by Marc Levin (D-Marin County), no law enforcement personnel would be allowed to engage in contact tracing. Nor could data collected in the course of contact tracing for carriers of disease be "used, maintained, or disclosed for any purpose other than facilitating contact tracing efforts." In addition "all data collected, received, or prepared for the purposes of contact tracing shall be deleted within 60 days." The deletion provision does not apply to a local or state health department, which can keep the data into perpetuity.

The need for the proposed bill is curious. Governor Gavin Newsom instituted a contact tracing program for Covid-19 cases in late May, 2020. Dubbed "California Connected," the program consisted of public health workers calling residents known to have tested positive for Covid-19. They would then ask the infected person their name, age, where they have been, and with whom they'd spent time. The state's website assures the public that this information would be kept confidential. It would not be given to the people the health officials would call next - those whom the sick person may have infected. "California's strict privacy laws protect all your information," the state website declares.

If that is true, then why did Assembly member Levin feel the need to amend Part 4 Division 3 of the Civil Code?

It is a fairly safe bet that anytime someone tells you they will protect your confidential information, information to which they normally have no rights, it's because they have a huge incentive to misuse or mistreat that information - and probably will. When the government is the one promising privacy and confidentiality, your bet they are lying becomes even safer. 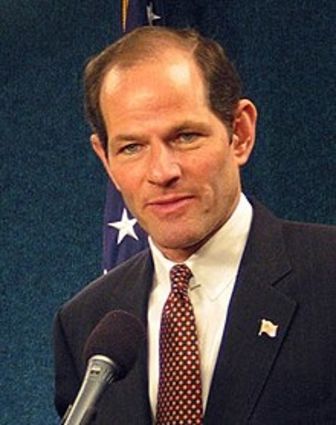 Former New York Governor Eliot Spitzer, caught with information the government promised would never be used except related to terrorism

An infamous case that proves the point is that of former New York Governor Eliot Spitzer. Previous to becoming governor, Spitzer had an illustrious history as an indefatigable prosecutor of sex crimes - that is, prostitution. Specifically, he prosecuted the men who used female prostitutes. However, in 2008, a bank reported to federal authorities that Spitzer had made over $10,000 in payments, which was considered a "suspicious transaction." The bank was required to make this disclosure due to the Patriot Act. This sort of disclosure, which is none of the government's business, was required under the Act in order to combat terrorist activities. The government solemnly promised that such was the only use they would make of the data collected. They lied. After receiving the bank's disclosure, authorities investigated Spitzer and discovered he had made the payment to a high-priced escort service to pay for the use of prostitutes. This was hardly terrorism. Spitzer was forced to resign as governor and narrowly escaped prosecution.

Am I sorry that Spitzer, a former prosecutor of men who used prostitutes, was prosecuted when he used prostitutes himself? No. But I am even more sorry that data the government had no right to was used to spy on and convict a citizen. I would rather many, many Spitzers get away with their crimes than that the government, who is far more powerful than the most powerful criminal in the country, gets access to information to which they have no right. They will abuse that trust every time. The benefit is not worth the cost.

When it comes to privacy, the government has zero credibility. When they promise confidentiality and that your information will only be used for specific purposes, they have even less.