"Walsh's neighbor allegedly heard popping sounds throughout the night of Jan. 9 and noticed a bullet hole in the wall of his garage..." 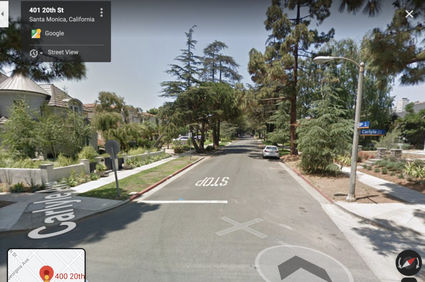 Walsh lived at an undisclosed address in the 400 block of 20th Street. This is a surprising place for such drama, given that the zip code is pricey.

A 32-year-old, convicted felon from Santa Monica was indicted last Friday on gun-related charges after he allegedly shot into his neighbor's backyard during a family gathering, according to the Bureau of Alcohol, Tobacco, Firearms and Explosives (ATF).

Jason Scott Walsh was charged with being a felon in possession of ammunition, possession of an unregistered firearm and possession of a firearm without a serial number, said ATF officials. He been in federal custody since Feb. 8.

Walsh is scheduled to be arraigned this Friday, Feb. 26, in U.S. District Court in Los Angeles. If convicted of the charges, he would face up to 10 years in federal prison for each of the three felony counts in the indictment, according to federal court officials.

On January 12, Walsh was initially charged by the LA County District Attorney's office for allegedly discharging a firearm in a grossly, negligent manner in to an inhabited dwelling shortly after the Santa Monica Police Department investigated "shots fired" report on the 400 block of 19th Street.

According to the federal complaint, Walsh's neighbor allegedly heard popping sounds throughout the night of Jan. 9 and noticed a bullet hole in the wall of his garage. This neighbor was hosting a gathering in his backyard with eight guests, including children.

When Santa Monica police officers arrived at the scene, they discovered a bullet hole on the garage floor and heard "two additional muffled sounds" coming from Walsh's home, according to the federal complaint. The officers conducted a sweep of Walsh's residence and discovered a firearm silencer, which is illegal in the state of California, according SMPD. Detectives also located several spent bullet casings inside the home. 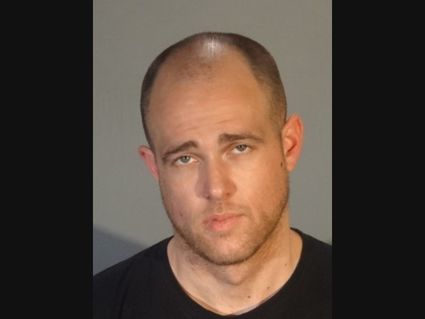 Police detectives then obtained and executed a search warrant at Walsh's residence, seizing a loaded, short-barreled AR-type rifle with an attached suppressor and bearing no serial number; two loaded, semi-automatic 9mm-caliber firearms bearing no serial numbers, one with an attached silencer; additional suspected silencers; firearm magazines; an ammunition reloading device; and about 367 rounds of ammunition and 58 9mm-caliber cartridge casings, according to court documents.

Upon further investigation, detectives discovered that Walsh was on probation and had an outstanding felony warrant for his arrest. He was taken into custody and his case referred to the District Attorney's Office. Bail for him was set at $35,000. The ATF was also notified of his arrest and its agents began reviewing the incident for possible federal charges.

Walsh was previously convicted of a felony charge for making terrorist threats in April 2014. Consequently, he is forbidden from possessing firearms or ammunition.