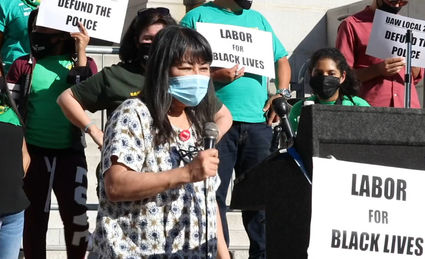 The owner of the luxury Le Merigot hotel on Ocean Avenue in Santa Monica will have to face the California Division of Labor Standards in May to explain their side of a labor dispute with labor union UNITE HERE Local 11. Eleven housekeepers charge the hotel unfairly overburdened them with increased workloads after a minimum wage increase.

Columbia Sussex, owner of the JW Marriott hotel on the beachfront, is currently attempting to sell the property, unencumbered by brand or management. According to a Bloomberg report on January 25, 2021, Columbia Sussex will probably lose five hotels and even more are in financial distress. The travel industry, including hotels, was among the hardest hit by regional lockdowns. California, and Los Angeles County in particular, has maintained some of the strictest lockdowns in the country, with travel bans spanning months at a time. During the latest surge of coronavirus cases in January, the county forbade staying at a hotel unless it was for an essential purpose.

But Columbia Sussex's labor problems predate the COVID-19 pandemic. In 2018, a group of eleven housekeepers charged that the hotel had increased their workloads in response to a minimum wage increase, interfering with their ability to take rest breaks and forcing some employees to work overtime without pay.

Columbia Sussex should have expected trouble in their attempt to compensate for the minimum wage law increasing their costs. In 2016, employees had voted overwhelmingly to join UNITE HERE Local 11, a labor union representing 32,000 workers in hotels, restaurants, airports and convention centers in California and Arizona. When the hotel company attempted to increase workloads, the union responded and got the local Santa Monica government on board.

Columbia Sussex managed to get into trouble during the consideration of a new city law to protect the workers, reportedly forcing employees to sign statements opposing the proposed law. Columbia Sussex was forced to settle by the National Labor Relations Board and to post a notice with a promise to employees they would no longer illegally poll them on political issues.

Columbia Sussex ending up losing completely regarding the law. In 2019, Santa Monica's City Council passed a housekeeper protection ordinance that set overtime pay for heavy workloads, required training on public health issues and worker protections, and protected workers against sexual assault and other threatening conduct. The new law also assured workers they could keep their jobs if the property were sold.

But Columbia Sussex's legal troubles were not over. When the pandemic hit and lockdowns took hold, Columbia Sussex sought and acquired at least $50 million in Payment Protection Program money, funds meant to help small businesses keep their employees on the payroll. It is questionable whether Columbia Sussex, a corporation that owns at least 50 hotels, should have qualified. But perhaps even worse than this unethical move, the company fired a housekeeper at Le Merigot after she became infected with COVID-19. The Le Merigot manager said the housekeeper was fired for endangering other workers and guests with her infection. She said she was fired for being a union organizer.

Inevitably, UNITE HERE Local 11 leapt to her defense, as they should have, alerting local Democrat leaders in Congress. The union called for an investigation into how Columbia Sussex was using its PPP funds if not, at the very least, to retain workers infected with the virus.

The JW Marriott hotel advertises rooms for $200 and up and offers luxurious surroundings in a beachfront location, albeit one with plenty of mentally ill homeless about.

In October 2020, eight members of the U.S. Congress, including Ted Lieu, asked the Small Business Administration to investigate exactly how Columbia Sussex had spent its PPP money. "Columbia Sussex appears to have taken advantage of these policies - borrowing taxpayer money at artificially low interest rates through multiple entities while laying off workers," the congressmen wrote to the SBA head Jovita Carranza. Employing 6,500 workers pre-pandemic, Columbia Sussex had reportedly laid off thousands.

It is unclear who decides what values are at the heart of all our city stands for, but Columbia Sussex is doing all it can to get out of Santa Monica.