Malls Being Converted to Affordable Housing All Over America

According to authoritative reports, more than half of the department stores in malls across the country will be shutting down in the months to come resulting in empty malls. 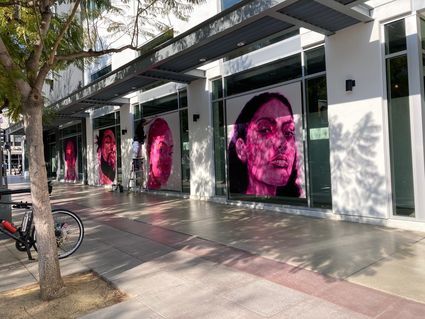 Black History Month murals cover up the fact this store has been vacant for over a year - it used to be the Barnes and Noble.

WAShINGTON, DC, Feb 26 – Online shopping has been a big winner as a result of the COVID crisis, spiking by triple digit percentages on a year-to-year basis, says the Association of Mature American Citizens [AMAC]. But it's had a harmful effect on physical shopping destinations and across the country malls are taking a beating.

According to authoritative reports, more than half of the department stores in malls across the country will be shutting down in the months to come resulting in empty malls. The Commercial Investment Real Estate Exchange put it this way on its Website: "First, the department store closes. Then, the apparel shops try to scoot out of deals. This is a one-two punch that could trigger a wave of malls shutting down for good over the next 12 months."

Meanwhile, strip malls, too, are shutting down in large numbers. "All in all, it's bad news for the brick-and-mortar retail sector," says AMAC's CEO, Rebecca Weber. "But there are those who believe that it could be good news for the nation's expanding population of seniors in need of low-cost housing."

In fact, there are a number of mall and strip mall repurposing projects underway across the country and there'll be more in the future. City-journal.org reports that there are currently at least 75 conversion projects on the drawing boards nationwide.

The Dallas based JHP urban design firm points out that: "The decline of traditional retail combined with a housing crisis and increased need for housing makes converting empty malls and other retail spaces into mixed-use developments one of the most attractive options to developers. This type of development combines retail, commercial and residential into one development, known as horizontal mixed use. In today's world, the demand for retail space is down."

For example, an abandoned mall in the town of Irondequoit, near Rochester, NY, is undergoing a conversion that will soon provide local seniors whose incomes are under 60% of the average in the community with affordable apartments. According to the developers the maximum rent for a one-bedroom apartment will be $710 and for a two-bedroom unit it will be $1,023.

Perhaps one of the most interesting cases of such repurposing projects is the conversion of the Arcade mall in Providence, RI. The Arcade is unique for two reasons: it was the oldest indoor shopping mall in the nation having been built in 1828; and it features what are likely the tiniest apartments of their kind.

Built in a grandiose Greek Revival style, including lots of granite stairs, walls and columns, it was converted in 2015 offering affordable studio and one-bedroom apartments for as little as $500 a month. However, the 48 units, located on the top two floors of the building, range in size from 225 to 800 square feet; similarly tiny retail shops are located on the ground floor.

As AMAC's Weber put it, "the price of affordability is size. Nonetheless it provides renters with the ability to live in the vibrant heart of the city at a reasonable cost and the Arcade has consistently had a 100% occupancy rate and a waiting list of thousands of would-be occupants." 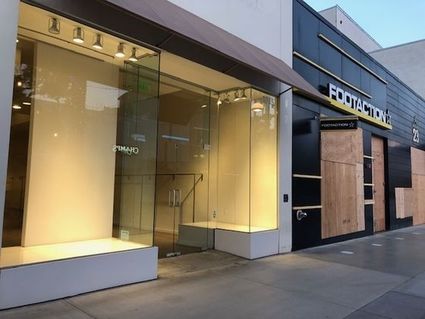 Even during the Christmas shopping season, stores were empty on the 3rd Street Promenade