Downtown Santa Monica seems to be the place to give up 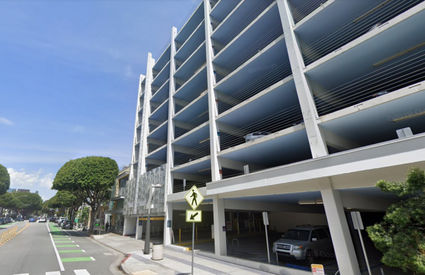 Reportedly a man jumped off the top of parking structure two Saturday afternoon around 4 PM. Santa Monica police and fire responded to the scene and cleaned up the site.

There have been a spate of recent suicides from the parking structures in downtown Santa Monica in the last few years, with about ten reported in 2020. The Golden Gate Bridge in San Francisco has long been a magnet for suicides, but was able to reduce the number of suicides through higher barriers.

Federal regulators are setting up a new three-digit number for a suicide prevention hotline in order to make it easier to seek help and to reduce the stigma associated with mental illness.

Once it’s implemented, people will just need to dial 988 to seek help, similar to calling 911 for emergencies or 311 for city services. Currently, the National Suicide Prevention Lifeline uses a 10-digit number, 800-273-TALK (8255). Callers are routed to one of 163 crisis centers where counselors answered 2.2 million calls last year.