There is certainly security camera footage from the Beverly Hills robbery, and the BHPD will release it soon 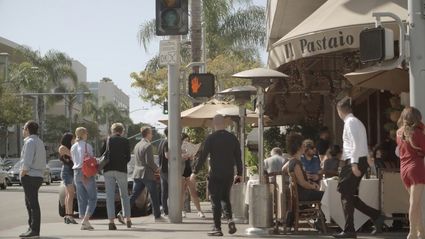 3/4/21: It was the latest in a string of brazen robberies. This one occurred in daylight hours in the heart of Beverly Hills.

The crime occurred at Il Pastaio Restaurant on North Canon Drive. Three men approached a couple sitting outdoors and dining, in order to steal a Rolex watch from a man.

He fought back, though, trying to grab the gun from the robbers. A no doubt brave, but dangerous move.

The gun discharged, and a woman was shot in the leg. She was an uninvolved bystander, but ended the afternoon in a hospital. She was seen talking on a cellphone as she was wheeled off by paramedics, so her injuries are not too serious, thankfully.

The three suspects escaped with a $500,000 wristwatch. More interestingly, they seem to have been involved in as many as six other recent robberies in Mid Wilshire or Beverly Hills. 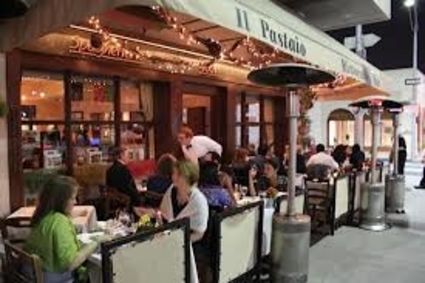 The day before, the LA County Sheriff's Department responded to another robbery, this onen West Hollywood. In that crime, near the intersection of North and No. Hayworth Ave, three male suspects also stole a watch and a Louis Vitton bag from a woman.

Witnesses describe the suspects as one male hispanic, wearing a white hooded sweatshirt and a red and green fanny pack. Another suspect is described as a male black wearing a black hat, black mask and armed with a handgun.

There is certainly security camera footage from the Beverly Hills robbery, and the BHPD will release it at a news conference this weekend.