If you hear the pitter patter of hail on the roof or windows, it could be a once in five year hail storm 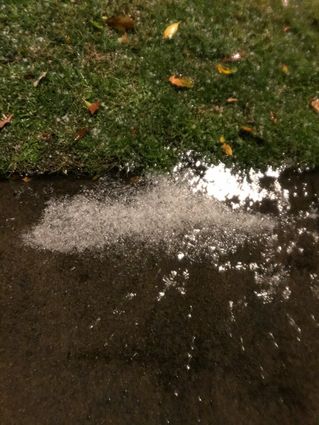 A winter storm rolled through So Cal early Wednesday morning and into Thursday night. The storm brought a rare burst of hail in Santa Monica. According to some social media reports, it was the first hail that fell in SM since 2015.

Some mountain areas received over a foot of snow, while on-and-off rain fell in low-lying areas throughout the rest of the region.

Several pockets of the Southland saw heavy rainfall and lightning strikes Wednesday morning, including Glendale and Burbank. Hail was reported in Studio City.

A neighborhood in hilly Silverado Canyon east of Irvine was hit with a mudslide which forced officials to evacuate about 700 residents. No one was seriously hurt. 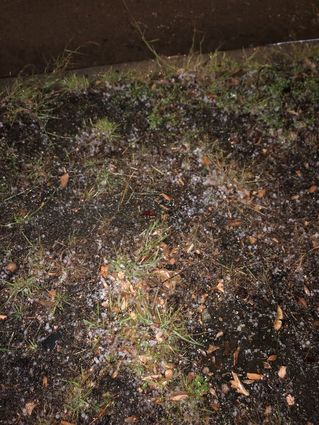 Wet roads and freeways were slippery and treacherous. A woman had to be cut from her car in San Fernando by L.A. Fire Department crews after her vehicle went down an embankment near Highway 118 and San Fernando Road a little before 7 a.m. She was taken to the hospital with undisclosed injuries.

A car also overturned on the westbound 134 Freeway in Glendale, shutting down several lanes.

Sky2 showed vehicles cautiously traversing their way through large puddles of water on the 10 Freeway in Central Los Angeles.

Lightning strikes also closed Seal Beach and its pier for about an hour Wednesday morning. While a large tree outside a home in La Verne split was split in half by a lightning strike.

Dry weather was expected to return Friday and continue through the weekend.