A push poll rather than a true survey, it was conducted by the same group from which Gascon selected members of his Crime Victims Advisory Board: so basically an in-house poll 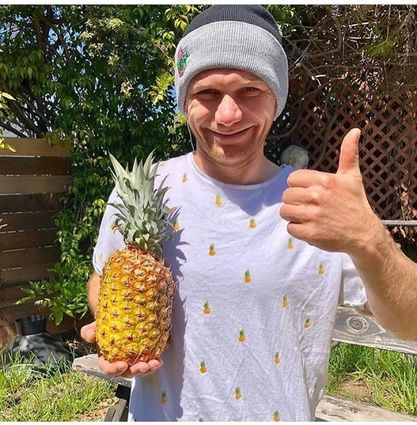 This is Dmitrii Koltsov who was killed by a drive-by shooting; the shooter went on to randomly kill an off-duty deputy. Gascon wants to give the lightest possible sentence to the killer.

March 5, 2021 On Thursday, Los Angeles District Attorney George Gascon released a press statement regarding a poll conducted by Californians for Safety and Justice, claiming the results proved that crime victims prefer public resources go toward crime prevention and rehabilitation of criminals rather than their incarceration. Gascon wrote, "Large majorities [of victims of violent crime] support policies to shift resources away from incarceration and move toward prevention and rehabilitation."

The problem is that the actual poll shows nothing of the kind.

It is a push poll, something designed to elicit a particular response and to influence the poll-takers rather than a scientifically crafted survey designed to discover real information.

This is not much of a surprise, as it was apparently solicited by Gascon himself from his friends at Californians for Safety and Justice, a progressive organization funded by the Tides Center - which is supported in part by George Soros. George Soros contributed the lion's share of Gascon's campaign money in his bid to become District Attorney of Los Angeles County. Gascon appointed two members of CSJ to his new Crime Victims Advisory Board.

It thus appears Gascon commissioned the poll in response to the kick-off of a campaign to recall him, marked on February 27 by a vigil of about 100 victims rights advocates outside downtown's Hall of Justice.

The survey was conducted by David Binder Research, who caters to progressive causes and was the in-house pollster for both of Barack Obama's presidential campaigns. 2,000 individuals were contacted by phone and 724 of them who claimed they had experienced violent crime were used in the survey.

As pointed out by the Los Angeles Police Protective League, it is a sad comment on the state of crime in the county that 36% of a randomized sample had experienced violent crime.

It is also a sad comment on elected officials' assessment of public intelligence that Gascon believes anyone could be persuaded by this propaganda masquerading as a survey. Questions were framed in a way to draw certain answers. Questions were omitted that could easily have produced very different results. And nowhere in the poll were respondents actually asked to consider tradeoffs between incarceration and alleged crime prevention - the alleged result claimed by George Gascon.

For example, one of the questions was "Which do you think is a better way to prevent future crimes?" Only three possible answers were supplied (results are in parentheses):

Other possible answers, that are not mutually exclusive, were omitted. Carefully omitted, as these answers may have produced very different results. For example, answers not provided were "Removing violent criminals from the streets via incarceration" or "Deterring crime through the knowledge incarceration will be the result." In addtion, the wording of answer number 2 implies it would be the punishment aspect of incarceration that would change a criminal's future behavior. Who believes that? No one. Obviously, the poll received the response desired.

In another section, respondents were asked to consider whether they oppose or support various proposals to reform the criminal justice system. They were not asked to rate the various proposals or choose one over another. Among a number of proposals for increasing community services were only two dealing with incarceration (the percent supporting are in parentheses): 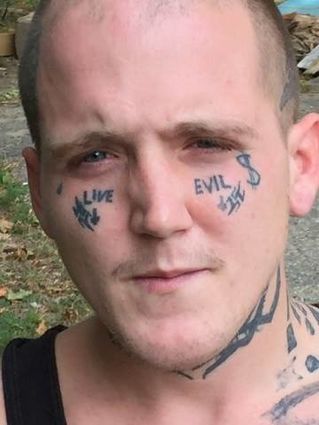 This is the suspect in an armed robbery. Does he look like a good candidate for rehabilitation?

In supporting the first proposal, a respondent could reasonably assume such alternatives to incarceration would only be offered to nonviolent criminals who exhibited a potential for such intervention to be of benefit. As for the second proposal, agreeing with it would not at all preclude the possibility a respondent would not still like to see violent criminals given sentences sufficient to get them off the street and away from decent, law-abiding people. It would not preclude a respondent believing criminals should receive sentences in accordance with the severity of their crimes. Motivating a prisoner to seek rehabilitation and personal improvement by offering sentence reductions would make sense to the same people who might also feel strongly that such criminals need to be asked to pay for the severity of their damage to individuals and society.

In sum, the poll publicly touted by DA Gascon proves absolutely nothing about the opinions of violent crime victims. Gascon often points to "data" and "evidence" proving that longer prison sentences reduce public safety. These claims have always been suspicious and now appear far more so.

Much like Gascons phony science and data. And his career with zero courtroom experience... all phony. This guy does not care about victims and the way he is releasing criminals and crime sky rocketing since he took office is enough data and science for me!

A self-serving poll. I doubt anyone will buy it since we have to live here and know what will happen.