Once the goal of 2 million doses delivered statewide to poor neighborhoods is met, Los Angeles County may be able to move earlier out of the purple, most restrictive, tier 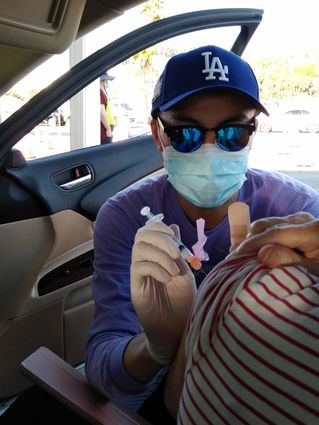 UPDATE March 11, 2021 - The Los Angeles County Health Department announced the daily case rate has dropped to 5.2 cases per 100k people. They expect to be able to move to the red tier on March 17, almost exactly a year since lockdowns were first instituted. At this time, grades 7-12 will be allowed to return to school, assuming the schools follow the appropriate safety protocols and procedures. Of course, the teachers' unions will have to sign on.

March 9, 2021 The Los Angeles County Health Department announced yesterday the high likelihood the county may move from the most restrictive purple tier of Covid-19 restrictions to the next restrictive red tier by next week. Los Angeles has not been able to move out of the purple tier since lockdowns were first instituted nearly a year ago. The move is dependent on how many Covid-19 vaccines are given, statewide, to neighborhoods with the lowest scores in the "Healthy Places Index."

The Healthy Places Index is defined by the California Department of Public Health as "a composite measure of socioeconomic opportunity applied to census tracts that includes 25 individual indicators across economic, social, education, transportation, housing, environmental and neighborhood sectors."

Once 2 million doses of the vaccines are administered in the state to the sectors with the lowest HPI scores, the criteria will change for moving a county from one tier to the next. Previously, Los Angeles County was supposed to maintain a new daily case rate of 7 in 100,000 people over a span of two weeks in order to move down a tier. But once that 2-million-dose mark is met, the county will be able to lower tiers with a daily case rate as high as 10 in 100,000. The county has already met that threshold for one week. If the county can maintain that level and if the state meets its expected goal of finishing those 2 million doses to the low-HPI neighborhoods by the end of the week, Los Angeles will finally change tiers.

At this time, outdoor live concerts and sporting events will be permitted, though limited to 100 people maximum, with reservations required and no food allowed to be sold.

Does any of this make sense? Is the virus less infectious because we have vaccinated more poor people than rich people? Is it safer for additional businesses to open with looser restrictions because people who live in particular neighborhoods are more fully vaccinated? For example, is a museum in a rich neighborhood now safer because more people have been vaccinated in a poor neighborhood?

On the other hand, there is some logic to the change in state guidelines, if only because they counteract additional obligations the State of California had instituted in October. At that time, Governor Newsom released what he called an "equity metric." The statistics for a county as a whole would no longer be the metric by which the county could move tiers. Instead, the census tracts in the lowest quartile of the HPI had to match the metrics in the county as a whole before the county could move tiers. By lowering requirements now, the state is making up for raising them in October. 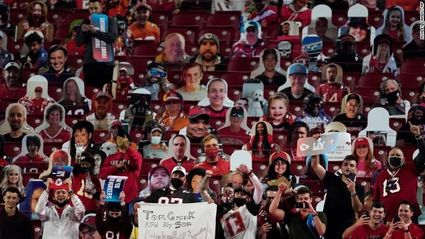 The data appears to show that there are proportionately more Covid-19 cases in poor rather than rich neighborhoods. The reason for this is obviously not racism since the virus couldn't care less what race a host is, and only the SARS-CoV-2 virus can infect a person with Covid-19. The only logical test for distribution of a still-scarce vaccine is to look for the people most likely to die from the disease - not to look for the group of people most likely to catch it. Covid-19 has been shown to be far more deadly as the age of the victim rises and will be more serious in people who are overweight or who have other underlying health problems. A person's income level has no correlation to the potential severity of the disease.

Bars to poor people for receiving the vaccine undoubtedly exist, including the need to spend hours of time waiting in line, the possible need for a vehicle, and a level of savvy regarding interactive use of ill-made government websites that few rich people could meet, either. Perhaps the state could work on removing those bars, and equity will be met with greater ease.