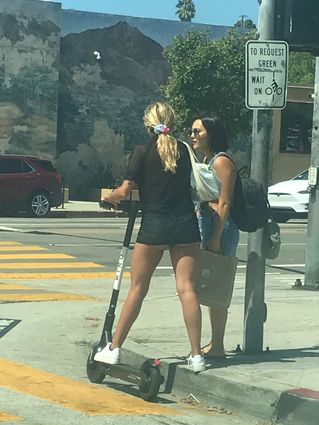 Riding double is not actually allowed on a scooter, but is common.

At its last meeting, the Council directed staff to issue a Request for Applications ("RFA") seeking up to four shared mobility operators to operate in Santa Monica from July 1, 2021, through March 30, 2023, as part of its commitment to being a multi-modal city.

The Council also removed the prohibition of Class I and II electric bicycles on Santa Monica's portion of the beach bike path, in light of expanded beach path capacity north of the Pier, and to support the growing number of people riding their own e-bikes for commuting and recreation.

City officials said geo-fencing requirements to prohibit shared e-scooters on the bike path remain in place, along with the prohibition of other electric device types on the path. Class I and II e-bikes have a speed limit of 20 mph on the path while Class III e-bikes, which have a higher top speed, remain prohibited by state law.

"We've always taken a flexible approach to shared mobility given how quickly the industry and community needs shift," said Mayor Sue Himmelrich. "What has not changed is the value these devices bring in offering residents and visitors a convenient, accessible alternative to cars that can reduce vehicle congestion and greenhouse gas emissions. Santa Monica is committed to safe, sustainable, and affordable transportation, and these values will guide the second pilot and future contracting process." 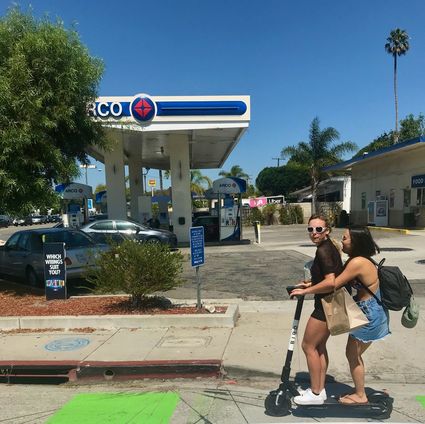 Riding double is not actually allowed on a scooter, but is common.

The Council's 5-2 vote prioritized improving device quality, safety, and technological advancements since the commencement of the first pilot. An RFA process similar to that undertaken for the first pilot will be done this spring, city staff said.

Santa Monica is widely recognized as the birthplace of shared mobility-the City's pioneering Breeze Bike Share program launched in 2015 as the first in Los Angeles County. Its current Shared Mobility Pilot Program has generated more than 4.5 million trips since its launch in 2018.

Following the pilot program, the City will move to a contract-based system to begin on March 31, 2023, following the conclusion of the second pilot.