Facing a Potential Recall Election, DA George Gascon Boasts of His 'Reforms' that Keep Criminals out of Prison; Meanwhile Homicides Are Spiking in Los Angeles

Of the accomplishments Gascon lists, none include convicting criminals and removing them from the streets - which is supposed to be his primary function. 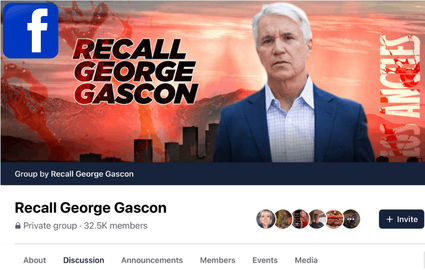 Gascon has been served with the intent to petition for recall

In a press release that proves he has no idea of his job description, Los Angeles County District Attorney George Gascon boasted of the ways he has helped criminals and flouted state and local laws during his first 100 days in office. The top "accomplishments" he lists are "no longer seeking the death penalty in 17 active cases" and "a 71 percent reduction in enhancements filed" in sentencing demands.

Gascon claims his electoral victory gives him the justification to institute such "reforms" to the highest law enforcement office in the county. But he has it backward. He is not a lawmaker. He is a law enforcer. If he did not like the laws of the land, he should not have pledged to uphold and enforce them. To campaign for and then accept a public office charged with enforcing the law and then decide you aren't going to enforce it is a species of fraud. It doesn't matter how many people agree with you that the laws should be changed; that isn't how it's done.

Of the other accomplishments Gascon lists, none include convicting criminals and removing them from the streets - which is supposed to be his primary function. None. Instead, Gascon wants the public to know that he is committed to the healing of victims, helping juvenile criminals, and punishing police for potential abuses. While it is important to monitor the police and maintain the integrity of that body, where is Gascon's commitment to enforcing the law against criminals? Does he even believe there is such a thing as crime?

"We are doing all of this because the science and data tell us so," he writes in his press release. We have already written about Gascon's tenuous connection with science in data in https://www.smobserved.com/story/2021/03/12/politics/embattled-la-da-gascon-points-to-phony-poll-of-crime-victims-claiming-they-favor-rehabilitation-over-incarceration/5397.html. Gascon made the mistake of listing some of his scientific sources at the end of his press release, and we took a look at some of them. Unsurprisingly, they do not say what he claims they say, which is that long prison sentences reduce public safety.

A report titled Recidivism of Felony Offenders in California by the Public Policy Institute of California, a nonpartisan research institute, states that it is difficult to interpret recidivism data. Reductions in rearrest rates could arise as easily from reductions in the interest in police in making certain kinds of arrests (for example, if crimes have been reduced to misdemeanors) as much as from better behavior from ex-convicts. In addition, rearrest rates were actually higher for violent crimes over the period from 2011 to 2015. Even if long sentences appear to give a higher recidivism rate than short sentences, this could be the result of offenders who receive long sentences being of a more criminal bent to begin with and therefore more likely to reoffend.

Another source, the National Institute of Justice, made it clear that the purpose of incarceration is not merely deterrence but also incapacitation. In other words, while in prison, a criminal is unable to reoffend because they are out of the public sphere. So even if Gascon is correct that long prison sentences do not deter crime, they most certainly incapacitate the criminal from the potential of committing more crimes. 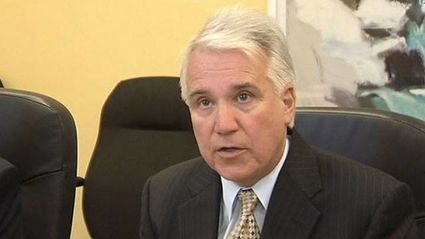 Gascon while he was serving as DA for San Francisco: he did not gain the endorsement of the mayor of SF when he ran in Los Angeles

But perhaps the most striking comment of the NIJ article was the truism anyone with common sense would already know: "Police deter crime by increasing the perception that criminals will be caught and punished" and "the certainty of being caught is a vastly more powerful deterrent than the punishment."

However, when the chief law enforcement officer in the region is more concerned with how compassionate he looks than in making criminals fear being caught and punished, there is little hope in reducing the alarming rise in crime, both property and personal.

http://proportionaljustice.com/100-days-of-bloodshed/ DA George Gascon marked his first 100 days in office with an address intended to celebrate what he viewed as his successes as well as attempting to justify some of his most controversial policies. Mr. Gascon praised himself for minimizing charges for serious and violent criminal behaviors by declaring that under his leadership, he reduced the filing of special allegations in violent crimes, including the use of guns and other weapons, by 71 percent. What Gascon did not mention was that the USC reported that in the first two months of this year, LAPD officers fielded 570 reports of shots fired, which amounts to an 88% increase over the same period from 2020. Of the total number of shots fired, 267 people were struck and injured, which amounts to a 141% increase from the same time frame in 2020. When did the protection of African American and Latino lives get reduced to a discussion about dollars and cents?

The author stated: But he has it backward. He is not a lawmaker. He is a law enforcer. If he did not like the laws of the land, he should not have pledged to uphold and enforce them. Exactly! What Gascon is doing is criminal. He's breaking established laws and should be in jail...or a mental institution. Every photo of him has that blank, dead-in-the-eyes expression. His reasoning makes no sense. I honestly believe he's mentally ill. Recall NOW!

This guy is sent in like a wrecking crew to cities to destroy them. If he is (hopefully) recalled, he will go to another city and ruin it.