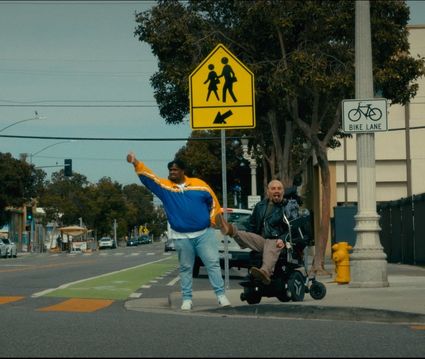 "My parents were told to go on with their lives, without me." So begins Cody LaScala's story on the Napa, Intensive Therapy, website. On his first birthday, he was found lifeless at the bottom of a swimming pool. He remained in a coma for months. When he finally came out of it, he was left with cerebral palsy. He remains paralyzed and only able to speak with great difficulty.

And yet now at age 33, LaScala has just completed a film, "Breaking Cody," completed within the 5-day time limit set by the Easterseals Disability Film Challenge. The challenge to write, direct, edit, and produce a film has been held since 2014 to encourage filmmakers with disabilities. "I created this film to show that people with disabilities can be creative too," Cody says.

In order to make his film, Cody used his familiarity with virtual reality and the social media apps that go with them. Cody's participation in the virtual reality game, Second Life, had already made him the subject of anthropological research on the lives of disabled people online. Using a computer keyboard, Cody and other disabled individuals are able to live out dreams they could never actuate in the physical world. Second Life offers the user a complete imaginary world, furnished with businesses, stores, clubs, and homes.

But for his film, Cody needed real people. He joined the Clubhouse app. Immediately, he made a set of fast friends. "He came in real hot with a fun and absurd sense of humor, and he fit right into our group of internet weirdos," says Patrick Waechter, who acted in the film. He adds, "We love him."

Only a few days after meeting his new friends on Clubhouse, Cody told them he wanted to participate in the Easterseals film contest, which required writing, directing, and editing an entire film in a five-day period.

They immediately jumped on board, becoming Cody's crew to make what Waechter describes as "a ridiculous and zany short film." Co-written by Cody and Victoria Nones, the story is in mockumentary style, the theme for this year's Easterseals Challenge. In it, Cody plays an aspiring drug dealer whose role model is Walter White from the "Breaking Bad" series. A series of mishaps and misunderstandings shine a light on many issues Cody regularly experiences in real life related to his disability, particularly in the areas of communication and mobility. Directed and produced by Nones, the film features cinematography by Nathaniel Siri and acting by Cody LaScala, Devonté West, Sam Hersch, Sharon Golden, and Patrick Waechter. 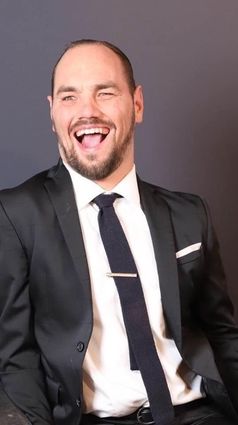 Cody LaScala is used to challenges, taught by his parents and the dozens of volunteers who gave him intensive, continuous therapy during his childhood to "reprogram my brain," as he puts it. His divorced mother and her divorced mother roommate never let an apparent disaster deter them from their goals. On one occasion the two women were driving their three children to Santa's Village when their car broke down. According to Cody, the women took the children out of the car, put him in his wheelchair, and stuck out their thumbs. The first truck that came by picked them up, and they made it to Santa's Village. "The guy probably thought these moms were crazy," says Cody. But this was one of many such lessons that never deserted him.

On Napa's website, a place for desperate families seeking help for their disabled children, Cody writes of his mother's reaction to the declaration she should give him up as beyond hope. "Thankfully, my mom knew God was with me and I was here for a reason. Today, I feel that reason is to teach people not to give up on life."

I would like to see Cody's film entry. He seems very motivated and inspiring in his life struggles. Bless you, sir.