Child Molestation on Bike Path in Venice; It Takes Police 15 Minutes to Respond

"He looked me in the eyes and said 'please don't' as he realized I was on the phone with the cops." 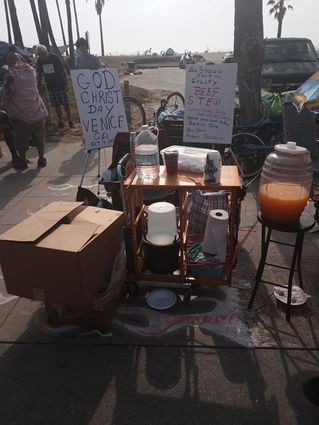 Venice's Ocean Front Walk has always been a hangout for the off-beat and counter-culture but is becoming a pit of trash, crime, and vagrancy according to residents

It took LAPD 15 minutes to respond to a bystander's call for help to stop a man molesting a three-year-old girl by the Ocean Front Walk bike path in Venice, according to a social media post found in Facebook's Venice United, Venice Community Group and on Nextdoor. The incident occurred a little after 6 pm on Sunday while it was still light outside, just south of Brooks. The individual who posted about it witnessed the crime taking place as they were riding their bicycle north toward Santa Monica. They immediately called the police. 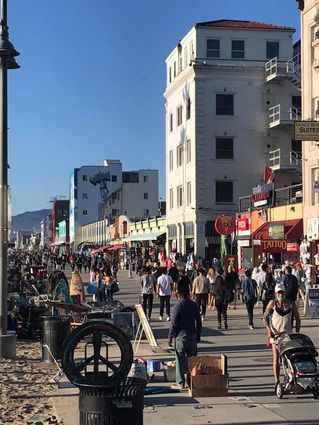 At this point, the alleged molester noticed he was attracting attention and began to leave the area, taking the girl with him. The individual who posted about the incident followd the man as the police had yet to arrive. He followed the alleged perpetrator up Brooks and prevented him from leaving altogether with the girl. The alleged molester looked at the individual and said "please don't" with tears in his eyes when he realized the individual was calling the police. After three more calls, the police finally arrived.

The responding officers took statements from the individual and another witness, took the child into protective custody, and arrested the alleged molester, who was sobbing by then.

The beach was very busy on Sunday, which was a warm day, and yet no police officers had been seen by the individual prior to those who showed up for the call, after fifteen minutes.

The individual believes the alleged molester was the father of the young girl.