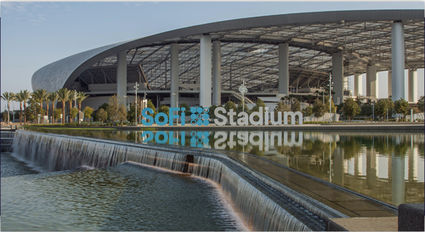 Today the National Football League (NFL) and the Los Angeles Super Bowl Host Committee (LASBHC) confirmed the Super Bowl LVI game will be played on Sunday, February 13, 2022, at SoFi Stadium in Inglewood, California. Los Angeles will welcome the Super Bowl to the region for the first time in nearly three decades.

"With Super Bowl LVI officially dated, I join millions of sports fans and Angelenos in looking forward to February 13, 2022 as we build toward one of the most exciting events in our city's recent history and near future. None of this would be possible without Stan Kroenke's support and vision for Hollywood Park and SoFi Stadium which is sure to become an iconic Super Bowl destination," said Casey Wasserman, Chairman, Los Angeles Super Bowl Host Committee.

Additionally, the Host Committee launched its Legacy program Champions Live Here, which will recognize 56 "unsung hero" community organizations who are making a positive difference in communities across the Los Angeles area and award them with grant funding. To learn more about the Champions Live Here public nomination process, that closes March 31, 2021, visit LASuperBowlHC.com.

"The Super Bowl will be among the first major events to take place in Los Angeles in a post-pandemic world," said Kathryn Schloessman, Los Angeles Sports & Entertainment Commission President & CEO. "It will symbolize not just a comeback, but an event that is helping put people back to work, especially those in our region's restaurant and hospitality industries who were hit especially hard by the pandemic."

Last month, the Los Angeles Super Bowl Host Committee revealed their official logo inspired by the iconic SoFi Stadium building design, and the campaign tagline "Champions Shine Here." The campaign aims to spotlight the spirited, authentic, and inclusive community that Los Angeles represents and kick off the decade of major events coming to the region, starting with Super Bowl LVI in 2022. 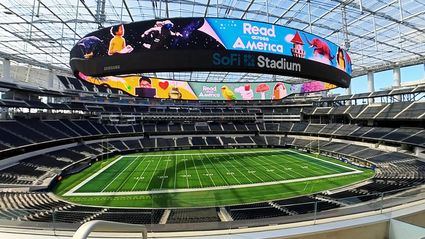