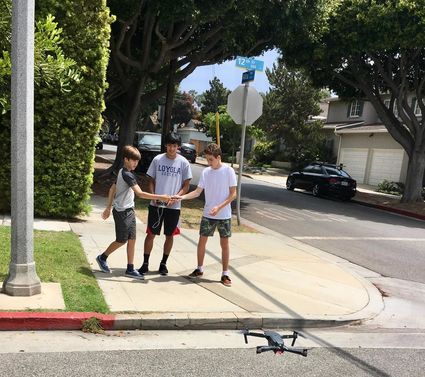 Boys flying a drone north of Mt in this 2017 file photo. From the perspective of City staff, the leafy area North of Montana Avenue resulted from exclusionary housing practices, which must be redressed in the name of equity

After a spirited 7-hour debate, Council, by a 4-3 vote, directed staff to focus its planning efforts on "prioritizing the production of affordable housing on city-owned land and seeking to distribute housing in new areas of Santa Monica to advance fair housing goals."

Every eight years, Santa Monica is required by state law to analyze its housing needs and compile data on housing stock and demographics for its Housing Element and also list sites that "realistic potential for housing development based on a jurisdiction's (RHNA) Regional Housing Needs Allocation number."

For the 2021-2029 planning period, Santa Monica has been mandated to build 8,895 housing units, of which 6,168, city officials said in a report. "The significant focus on affordable housing reflects the housing needs of the community in light of high housing costs and residents and workers increasingly unable to afford housing in Santa Monica."

As approved past midnight, the Council's motion directs staff to focus its efforts on the following items:

Prioritize 100% affordable housing on city-owned land (with consideration for use by artists or as open space).

Select Option B to activate housing potential in new areas, including business corridors on Montana Avenue, Ocean Park Boulevard, Main Street, the Office Campus area and the Industrial Conservation zone and for distribution of potential housing sites, with consideration of zoning changes necessary to incentivize housing relative to commercial.

Explore diverse opportunities for affordable homeownership and transition from renters to owners by residents.

Promote diversity and inclusion in every neighborhood in Santa Monica.

Councilmember Phil Brock who voted against the motion said his main concern was the housing overlay.

"We don't want to hurt residents down the line," he said. "I don't want to saddle any homeowner with a potential 4-story building next door." 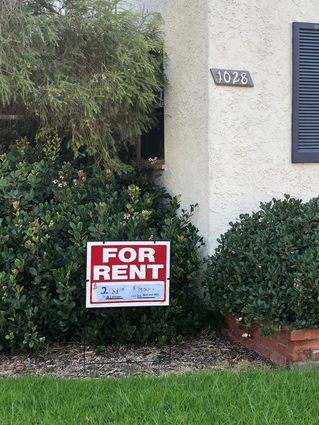 Apartment for Rent sign advertising a Santa Monica 2 bedroom for $3,500. The City hopes to lower rental values and "increase equity," by building public housing on all City owned property north of Wilshire Blvd in 90402 and 90403.

"The Council's robust discussion reflects the diversity of thought in our community about one of our most valuable resources: housing," said Mayor Sue Himmelrich. "Our motion to prioritize City-owned land for 100% affordable housing demonstrates the deep commitment this Council has to affordable housing production throughout Santa Monica. And significantly, our focus on fair housing addresses historical redlining and social and economic inequities."

Once adopted by the City Council in October, the Housing Element will guide housing production and preservation in Santa Monica for the next eight years. It will "provide stability for existing residents and create housing opportunities for all​ while protecting air quality and natural resources through land uses that enable people to live in housing with access to parks, schools, and civic infrastructure," city officials said.

This update comes as state law has significantly changed over the last three years, limiting local control and strengthening enforcement mechanisms such as withholding state funding from communities who do not meet RHNA requirements, city officials said.