Excuse Me: Science and Data Do Not Prove We Should Reduce Sentences for Criminals, DA Gascon 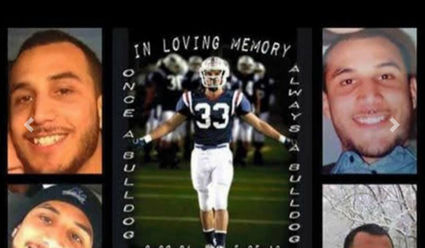 "While initial incarceration prevents crime through incapacitation, studies show that each additional sentence year causes a 4 to 7 percent increase in recidivism that eventually outweighs the incapacitation benefit," Gascon wrote on Dec. 7, 2020, in a de facto stand-down directive to deputy district attorneys. "Therefore, sentence enhancements or other sentencing allegations, including under the Three Strikes law, shall not be filed in any cases and shall be withdrawn in pending matters."

Gascón's very strong claim about being backed by science has gone virtually unchecked by journalists, many of whom seem content to portray him as an enlightened statesman who battles a draconian system of injustice. Who, then, reasonably could argue against evidence-based reforms?

However, merely asserting that the evidence supports one's position does not make it so. Rather than demonstrate how rigorous research applies to law enforcement, Gascón leans heavily on the

buzzwords "science and data" and just one or two journal citations.

Is there any truth to Gascón's provocative statement that longer sentences harm public safety by increasing recidivism rates? Does the study that Gascón and his surrogates frequently cite really prove this counterintuitive notion? Gascón ally Michael Romano of Stanford Law School went so far as to claim in a pro-Gascón amicus brief in the matter of ADDA v. Gascón, "[u]ltimately there is no research that shows sentencing enhancements improve public safety, but there is evidence that excessive sentences increase recidivism and therefore create more victims in the future."

Because academics rarely write so unequivocally, one might expect the evidence to be vast.

It is not. Indeed, Gascón and Romano cite one study: "The Criminal And Labor Market Impacts Of Incarceration" by University of Michigan economics professor Michael Mueller-Smith. While this research is robustly executed and thoughtfully presented, it is not yet peer-reviewed. This makes it less-than-fully baked as an authoritative source that merits citation.

Even worse, Professor Mueller-Smith never concluded what Gascón and Romano say that he did. He did not find that lengthy sentences increase recidivism among violent offenders, as opposed to drug offenders.

Moreover, Gascón and Romano should have noticed that the effectiveness of sentencing enhancements on public safety was not even the subject of Mueller-Smith's paper. In fact, Professor Mueller-Smith wrote: "This study cannot provide any evidence regarding potential general deterrent effects of incarceration."

However, the paper does cite several other studies that provide direct evidence on incarceration's deterrent effects. Competent analysts would incorporate these peer-reviewed studies into their assessments.

For instance, "Does Three Strikes Deter? A Non-Parametric Estimation," by Professors Eric Helland and Alexander Tabarrok, examines over a decade of data on California's three strikes law. They discovered that three strikes reduced new arrests among second strikers by 20%. Activists should be pleased that, according to this research, three strikes improved public safety and reduced contacts with the criminal justice system. This peer-reviewed work appeared in the Journal of Human Resources, a leading publication in that field, and has been cited nearly 250 times, including in Professor Mueller Smith's paper.

Oddly, Helland and Tabbarok's scientific research is missing from Gascón's or Romano's papers, despite their self-declared belief in evidence-based decision-making. Why exclude this crucial evidence? Worse yet, why lie that "no research ... shows sentencing enhancements improve public safety" when one of the topic's widest-cited studies shows exactly that?

Gascón and Romano also ignored University of Pennsylvania Professor David Abrams' paper in American Economic Journal: Applied Economics. . He demonstrates that gun enhancements deter violent crime. Also, in the University of Chicago's Journal of Law and Economics, Cornell Professor Emily Owens showed that the social benefits of crimes averted are greater than the cost of imposing one-year sentencing enhancements. These studies have been cited 90 and 150 times, respectively.

Making misleading statements about evidence is dangerous in two ways: First, it undermines public trust in science, one of society's most effective tools for social progress. Second, Gascón and Romano's deception bolsters faulty expectations regarding the link between particular policies (e.g., sentencing enhancements) and public safety.

Unfortunately, Gascón is developing a dangerous habit of using "science" to camouflage his personal ideology. He tortures one irrelevant study and disregards crucial others to justify slashing sentences for violent criminals. In the name of "science," he also trotted out a push-poll that claimed that crime victims supported his criminal justice approach, even though the survey violated the three cardinal rules of scientific public-opinion research.

Careful analysts know that economic models are only as reliable as their underlying assumptions. However, Gascón recently employed deeply faulty assumptions to generate a model estimating that his radical policies saved Angelenos $600 million in 100 days. No credible, independent researchers appeared to validate his assumptions, and common sense suggests they were garbage. Gascón did not weigh fixed versus marginal cost per additional inmate. Nor did he consider the average sentence served or the life expectancies of inmates. Gascón's accounting scheme makes no sense. 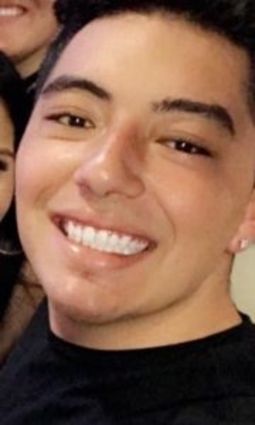 Julian Andrade was tortured and left to die by the side of the road. According to Gascon, his murderers may be released in time to have the families Andrade was robbed of.

﻿It is perplexing that Gascón -- who runs America's largest local prosecutorial agency -- has cherrypicked evidence and mischaracterized extensive, complex and rapidly evolving scientific literature on community safety. He should consult "Uneasy Peace." Princeton sociologist Pat Sharkey's seminal book meticulously documents how much progress America has made in reducing victimization in its most disadvantaged neighborhoods over the past two decades. Sharkey also proves that these important gains have curbed racial disparities in victimization and mortality, and yet, as he recently told the Atlantic, they remain tenuous.

George Gascón has transformed Los Angeles County into his personal criminology laboratory. Gascón's bold experiment is based not on sound science, but on an ideological belief in the sharply disputed hypothesis that shorter prison sentences improve public safety. Multiple generations of Angelenos may pay the price, with the most vulnerable paying the steepest penalty of all.