California Quietly Slides into a Drought While Officials Say to Build for 1.34 Million More Thirsty Residents

Just because California wants more residents (presumably in order to replenish the state's growing pension liability) does not mean nature is going to supply more water. 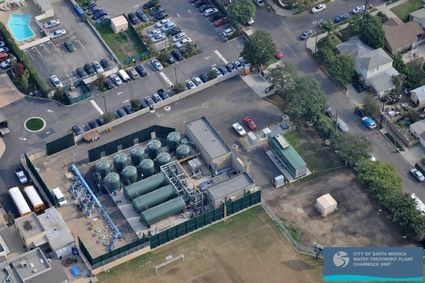 Charnock water wells that supply Santa Monica are actually located in Los Angeles. The wells depend on groundwater that ultimately depends on the snowpack.

Our legislators' hunger for more and more housing units in the region ignores one remarkably significant limiting factor: water supply. Over recorded history in the region, California has suffered multiple droughts, many of the more recent episodes requiring strict rationing of residential water supply.

Los Angeles is currently at only 46% of average rainfall for the Water Year according to the California Department of Water Resources (DWR). Riverside is at 50%, and other area cities hover near the halfway mark. The DWR explains that drought is a "recurring feature of our climate." Drought is a condition to be expected a large percent of the time.

So why did California's State Department of Housing and Community Development (HCD) decide that the Southern California region should plan for an additional 1.34 million residents over the next nine years? As it stands, today's SoCal citizens can expect to be asked to ration their water use over the summer - and periodically over the years. Marin's Municipal Water District has already instituted rationing this year, limiting garden watering to once a week, outlawing car washes and the refilling of swimming pools. Peter Gleick, a hydrologist from the Academy of Sciences, declared in a Los Angeles Times op-ed that "California is suffering from severe drought again" and recommended replacing lawns with low-water gardens, swapping out old appliances, and taking shorter showers. We all remember being asked to refrain from flushing toilets, hardly a pleasant or hygienic practice.

Imagine how much stricter the rationing is going to be with 1.34 million more neighbors dipping into the same, limited supply. Just because California wants more residents (presumably in order to replenish the state's growing pension liability) does not mean nature is going to supply more water. Quite the contrary. The amount of water that flows into the Southern California region is fixed by the caprices of the climate, rainfall, and snowpack. There is no method by which the region's water supply can be augmented to accommodate more residents. 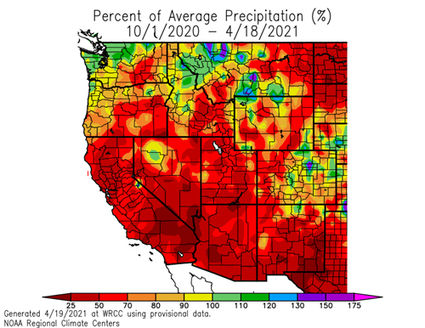 In spite of this incontrovertible fact, the Southern California Association of Governments (SCAG) has decreed that Santa Monica should plan for an additional 8,895 units of housing, a 17% increase in the current housing stock. Our city officials declined to challenge this number, which was based on some magical thinking about Santa Monica's proximity to the train, the number of jobs in the city, and a radical ideological notion of noblesse oblige. City officials, both elected and staff, have also declined to explain how they plan to build or pay for the infrastructure that must be associated with such an increase in population - 2/3 of them earning less than an affordable income. Notably, nobody has agreed to discuss how water is going to be supplied to all of these newcomers, or how impoverished residents are going to be able to pay the high water rates, which are expected to continue rising.

Even for those who relish the idea of rationing (and they exist) and who point to clever new water-saving technologies, there are hard limits to how much rationing is possible. Human beings require water to survive. They require quite a bit more water in order to have any decent quality of life: with good hygiene, a clean environment, and the conveniences which any modern person would rationally demand.

It is time for local officials to push back against a physically unrealistic top-down decision regarding the city's growth. Certainly, state officials do not care about the consequences of their radical pronouncements.

Well, considering that all of the large cities in CA only use 11% of the collected water, there is enough to take from the AG folks who use 80% of the Collected water. However, the collected water is only 50% of the available water. The other 50% of the water is let run down the rivers , for the fish....no one pays for that water, but is kept from public use. See the CA water resources website.