I wasn't officially laid off from a job so I could collect unemployment, I was just in between. 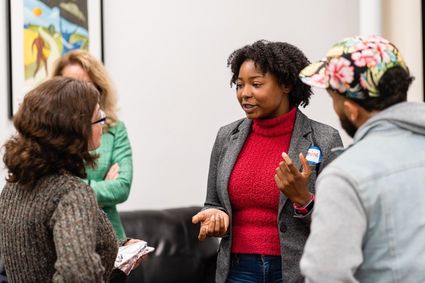 2020 was a year like no other, especially for young people who are a part of the child welfare system in California.

For many, being in quarantine was a time to pick up new hobbies, finish the series they'd always planned to watch, and spend more time with family or on the internet with friends.

But, for me, it was a time when I aged out of the foster care system.

Of course, during those first two weeks, I was barely home because I had been asked to leave the home I was renting due to the pandemic.

I was told there would be a private and safer location as long as I paid three months' rent upfront – an unexpected cost that would challenge anyone.

As I scrambled to get together the money to move into new housing, I tried to get excited about this "fresh start." At the same time, I was told I needed to meet with a social worker to successfully exit extended foster care.

At first, I thought nothing of it; I was more concerned with how I was going to get a new bed and fix up a place to live in the middle of a pandemic when many stores were closed or shut down early.

After many dysfunctional trips to Walmart to furnish my new studio apartment, buy food and get other basics, I realized my savings were quickly being depleted with no future source of income.

At the time, no one was sure what the quarantine would entail or how long it would last. I wasn't officially laid off from a job so I could collect unemployment, I was just in between.

And that where I've been ever since, in between – what some people say, between a rock and a very hard place. I'm 21, on my own, to navigate a very complicated and often unfriendly system that does not include young people like me.

Any plan I may have had for my future outside of the foster care system was immediately put on hold due to Covid-19. Now I had no social worker, no roommates, no guidance, and no idea of what was to come.

It was just me alone in my room with Zoom University. Month after month, counting the days, waiting for some kind of sign of when things may get better. And unfortunately, they didn't. The two- week quarantine quickly became six months. Eventually, my landlord could no longer afford to rent to me at the lowered "Covid rates," and I was told to pay up or go.

This is the reality for people all across the country, especially young people and especially current and former foster youth.

Like many, I turned to government resources like unemployment and stimulus funds. Being a 21-year-old student-worker didn't leave many options available to me.

No family to turn to, friends all quarantined away, and the social worker who had so diligently cared for me nowhere to be seen. Isn't it supposed to be about helping people help themselves?

In late December 2020, the United States Congress passed legislation on COVID relief that made aid available for young people who have been in foster care and desperately need help making a transition into living as an independent, self-sufficient adult.

The State of Oregon quickly took advantage of the new funding and announced last week that expanded funds would be made available to support higher education for young people who are experiencing or experienced foster care at age 14 or older and who are not yet 27. And additional funds of up to $7,000 per student, are available to help eligible young people access housing, transportation costs, and technology needs through the pandemic. Some of these funds will be by direct payment to qualified young adults in the state. 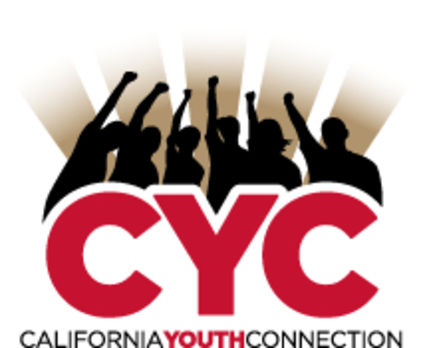 The state of California has already received over $47 million in the education funds, under what is called the Chafee grant program. Of this, 5.8 million dollars would go to foster youth students in the form of ETV or Education Training Vouchers. The rest should go directly to youth so they can spend in a manner that best suits their needs.

Oregon put together a plan, now California has an opportunity to act. Direct cash payments would allow youth to have some autonomy while maneuvering through this year-long pandemic experience.

Jasmine Harris, a former foster youth, is a student, author, educator, and advocate. She is someone who is passionate about intentional change and equitable opportunities. Over the past 5+ years she's become very active in policy and legislative advocacy and education.