John David Corey, aka Joker, broke into the mission and set it on fire last summer. 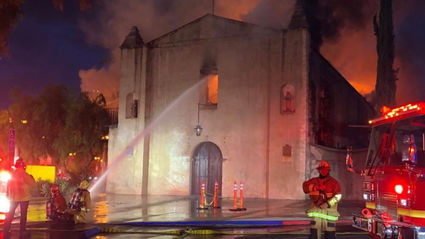 Firemen working on the fire allegedly set by John David Corey on July 11; the 250-year-old mission housed articles from the 1700s. 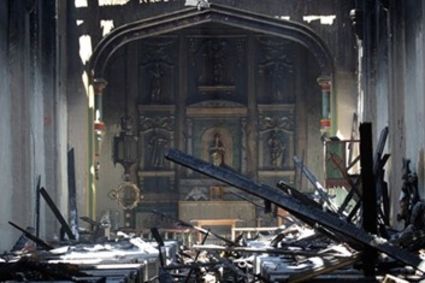 Interior of the San Gabriel Mission following the fire, which was set during the area's severe Covid lockdown.

"The loss to the mission was in the millions of dollars but the loss to the community is immeasurable," District Attorney Gascón said.

John David Corey aka Joker (dob 7/13/63) faces two felony counts of arson of an inhabited structure and one count each of arson during a state of emergency, first-degree residential burglary and possession of flammable material.

Case BA495218 was filed for warrant. A date for arraignment is yet to be determined.

On July 11, 2020, Corey is charged with breaking into the historic mission and starting the fire which spread to the to the roof and along the length of the church.

The case remains under investigation by the San Gabriel Fire Department.