The survey should be filled out by people who live or work in Los Angeles; it is due by Sunday, May 9 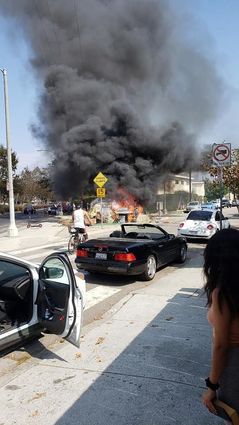 Fires have been breaking out at homeless encampments with increasing regularity. A family dog was recently killed by a fire thought to have been set by a disturbed homeless individual.

Mike Bonin and the City of Los Angeles is sending out an online survey for residents and others who work in the city soliciting opinions on what types of calls armed police should answer and what should instead by answered by "trained, unarmed responders."

The survey may be found at: https://docs.google.com/forms/d/e/1FAIpQLSev-Ic5prXR8wr8eZef-d0JZGJb_1pa_ZhW9zoveSRGZ-u7HQ/viewform 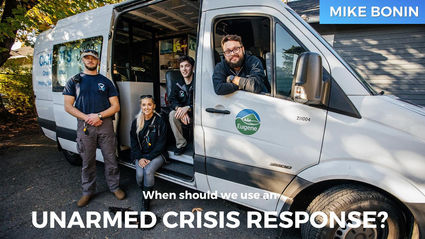 Despite ample evidence of the way a "nonviolent" encounter with a mentally ill person can turn violent in a split second, advocates want to put mental health professionals in harm's way

The proposal to create an unarmed response team was first floated in June, 2020, following the sensational death of George Floyd, who was apparently high on drugs at the time of his arrest for trying to pass a counterfeit bill. In February, the LA City Council heard an update on progress toward its development. At that meeting, some councilmembers expressed urgency regarding the dangers to the homeless and mentally ill from police. Others were cautious about putting unarmed mental health workers in potentially fatal danger. "You lose count in this community of how many people are killed because police are called, mainly because there's no one else to call when folks are suffering episodes related to their mental health," said Councilman Marqueece Harris-Dawson. But Councilman Paul Koretz was more cautious. "If we had one civilian social worker shot and killed on the job because they were there unarmed as we are looking to create this program, that might ruin the whole program, to put it mildly," he said.

The city's staff has looked for guidance toward the CAHOOTS (Crisis Assistance Helping Out On The Streets ) program in Eugene, Oregon, population 156,185. They've also researched Denver's nonviolent response program. Denver has a population of 727,211. The City of Los Angeles has a population of 3.79 million with an estimated 60,000 "homeless" individuals, most of whom suffer from mental illness or drug addiction.

Bonin's introduction to the survey says that he is "excited that the city is making progress toward adopting an unarmed crisis response program."

The need for such a program, however, versus its potential danger is dubious. According to the Washington Post database, in the past 5 years, nationwide, police have fatally shot less than 1,400 people who had mental illness. Of those, the vast majority, 1,102 of them, had weapons.