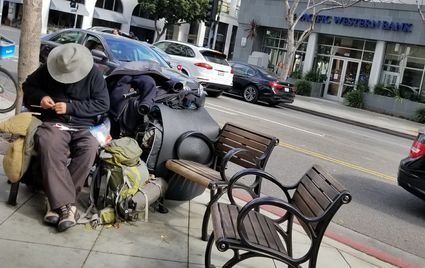 Project Roomkey put homeless people in hotel rooms during the pandemic. It is ongoing.

"Over the last year, the pandemic disrupted our lives and forced us all to adapt to a new reality," said Controller Ron Galperin. "The City of Los Angeles met this challenge by pivoting to support residents in need, while also continuing its normal operations. My goal in tracking and reporting on all pandemic-related City expenses is to show residents what their local government prioritized during this time to ensure maximum public accountability."

The tracker visualizes City spending throughout the crisis and allows users to explore costs by department and filter expenditures by month. For example, the City spent almost $18.9 million responding to COVID-19 last month, 14 times less than what it spent in December 2020.

The CAO helped departments effectuate spending on programs, such as Project Homekey, and took the lead on reimbursing pandemic costs, which accounted for the majority of its spending.

Where the money came from

Most came from CARES Act and other federal grants and funds - $745 million of which was allocated to the City. Additional funds were from the State of California and the City's General Fund. Los Angeles is set to receive $1.28 billion in American Rescue Plan, half this month and the rest a year from now. Because these funds have not yet been distributed or spent, they are not reflected in the tracker.

About the spending tracker 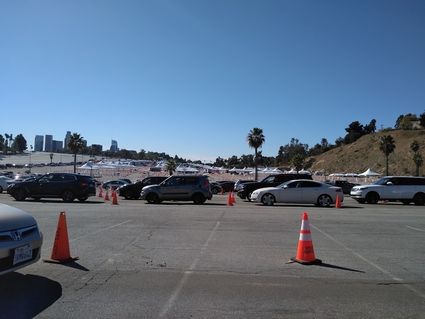 Beginning last spring, the Controller's Office, which is charged with recording and reporting City spending, worked with departments to identify COVID-19 related spending with the aim of ensuring internal accounting accuracy and public transparency. Galperin's spending tracker reflects the outcome of this work by showing COVID-19 expenditures reported to the Controller's Office by nearly all City departments. Port of L.A., Dept. of Water and Power and LAWA expenses are not included, nor is LAPD salary information. All data on the tracker is current through May 8, 2021, and will continue to be updated regularly.