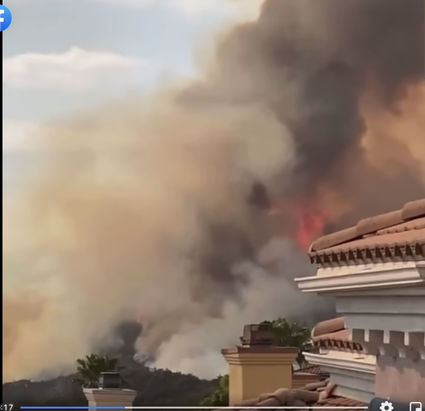 The fire began Friday night at Michael Lane and Palisades Court. As the fire spread, people on social media wondered: Did some homeless guy (or gal) start the fire?

Police are searching for an arson suspect believed to have started the fire. They have questioned two men, one of whom is on probation for setting fires. Authorities have a large perimeter set up, and were canvassing the area hoping to find him.

Helicopters dropped non stop water on the hills near pacific palisades, as hundreds of residents of pricey homes were forced to evacuate. 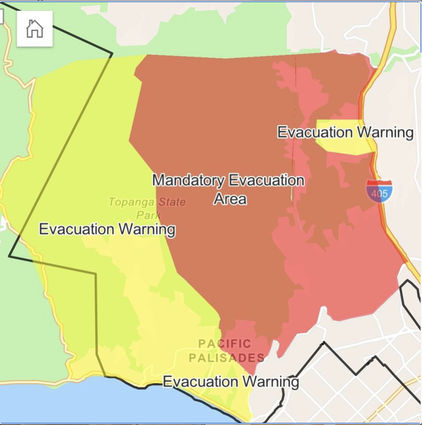 The mandatory evacuation area as of Sunday afternoon.

One fireman said that “our biggest challenge is the terrain. It's hard to get heavy machinery into the hills.”

Police helicopters were said to have spotted the man setting fires just before the fire exploded on Friday. Neighbors say they know what he looks like, but can't find him.

The blaze is now in its third day. Evacuations are mandatory for 550 homes, and authorities advise residents of the Palisades to be aware of the situation and ready to evacuate.

Firemen said they have seen 3 different flash points of the fire, which leads to their suspicions that it was deliberately set.

Law enforcement denied reports on social media that a reward has been offered for the apprehension of a suspect.

Topanga Elementary Schools classes have been cancelled for Monday, due to poor air quality.