Amazon Gets Fact-Checked on its Claims of Fighting Fraud

500,000 brand names are fighting fakes getting sold as the real deal on Amazon 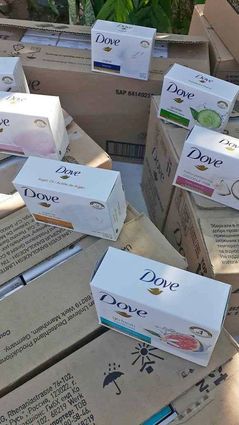 May 19, 2021, Los Angeles, CA – Amazon's global empire is in a crisis. The invasive, manipulative superpower which controls over 50% of online sales is flooded with fakes, scams, phony reviews, and fraud. The e-commerce sales explosion made it easy for criminals to exploit consumers through online counterfeit sales, but Amazon's reaction is too little, too late..

A study funded by the Center for Advanced Purchasing Studies found an entire underground economy devoted to creating every possible consumer product imaginable to fuel the estimated $1.7 to $4.5 trillion counterfeit product marketplace (USPTO). "Amazon has been dodging this problem for years," says author Robert Handfield Ph.D., "It is a gateway for many counterfeiters, and the volume of the problem is astonishing."

Many consumers and brands have lost trust in Amazon's platform. Amazon's free-flowing conduit enables its own direct counterfeit sales channel while facilitating third-party sellers to flood the consumer market with an inexhaustible supply of counterfeit, fraudulent, pirated, and replica items -- mainly from China. Amazon often responds to criticism with its illusory and patently false policy claim, "Products offered for sale on Amazon must be authentic. The sale of counterfeit products is strictly prohibited."

"We use industry-leading tools to verify potential sellers' identities and our proprietary systems analyze hundreds of unique data points to verify information provided by potential sellers." As a result, fewer than 0.01% of all products sold on Amazon received a counterfeit complaint from customers (emphasis added). Those complaints were then investigated for accuracy."

Fact: Most consumers would be highly challenged to spot and report a fake, and no mention is made of the 500,000 brand-owners that are fighting Amazon fakes. Amazon's "Brand Registry" program requires brand-owner concessions to their intellectual property rights and limitations on litigation that protect Amazon.

"Our team's relentless innovation has helped us stop 6 million attempts to create a selling account and more than 10 billion suspect listings."

Fact: The claim lacks any context. How many counterfeit listings were missed? The number is impossible to determine, but removals are up from 6 billion from the year before. Amazon's claim is no more convincing than increased drug seizures at the border are putting a dent in illegal drug cartel trafficking into the U.S.

"We have teams around the world ready to investigate any report of infringement, 24 hours a day, 7 days a week."

Fact: As previously reported, over the past nine years, The Counterfeit Report, a global award-winning consumer advocate and industry watchdog, has identified and removed over 263,000 counterfeit, fraudulent, and replica items on Amazon websites. Amazon was also notified of an additional 226,972 fraudulent, dangerous items that remain with over 135,000 of the hazardous and potentially deadly items sold to consumers. Amazon has ignored over 18,000 brand-owner complaints submitted by The Counterfeit Report, applying its distorted rationale to infringements. Two Amazon brand managers assigned The Counterfeit Report haven't responded in years, and dysfunctional Amazon automated response systems send thousands of unrelated responses to complaints.

"Amazon seized more than 2 million products that were sent to its fulfillment centers and that it detected as counterfeit before being sent to a customer. Amazon destroyed those products to prevent them from being resold elsewhere in the supply chain."

Fact: Amazon is repeatedly identified as the direct-seller of counterfeit merchandise, e.g. "ships from and sold by Amazon.com" in addition to Amazon Prime, Amazon Warehouse, and Fulfilled by Amazon ("FBA") offerings that are plagued with counterfeit, fraudulent, and replica items. Counterfeit and fraudulent products are even endorsed with Amazon's coveted "Amazon's Choice" designation. Amazon ignores brand-owner counterfeit complaints and repeatedly resells counterfeit and fraudulent merchandise through its "Amazon Warehouse" clearance center in addition to offering it to third-party clearance centers and resellers who offer the items on eBay.

"In 2020, Amazon invested more than $700 million and employed more than 10,000 people to protect its stores (emphasis added) from fraud and abuse."

Fact: No direct mention is made of the resources protecting consumers from fraud and abuse. Consumers might place their confidence in Amazon's guarantee; "We stand behind the products sold on our site with our A-to-z Guarantee." That could be true, but only if consumers were informed by Amazon (or knew) they received a counterfeit product. However, Amazon rarely notifies consumers they received a fake, even after being told by the brand owner. Of course, consumers would then be entitled to a refund, cutting into Amazon profits. And, profitable it is -- Amazon paid no federal income tax on $11.2 billion in profit in 2018 and a 1.2% tax rate on a $13.3 billion profit in 2019. First-quarter 2021 net income hit a first-ever high of $8 billion.

Amazon's rotten values have a root in Amazon's legal department:

Amazon Corporate Counsel Annasara Purcell directed the rejection of over 18,000 brand-owner complaints citing an "unacceptable abuse of Amazon's infringement reporting system." Setting their own rules, Amazon claims that a trademark must be registered in each jurisdiction the infringing product is sold. It is not a legal requirement, the fakes are destroying U.S. businesses, and many of the counterfeit items are sold by or shipped to deceived U.S. consumers by China sellers. That's OK with Amazon. View a case study. Still, Amazon's distorted rationale doesn't explain why over 132,000 counterfeits identified in over 3,400 brand-owner complaints submitted by The Counterfeit Report were sold on Amazon in the U.S. (Amazon.com) or why thousands of fakes and their infringing listings remain.

Amazon skirted two recent federal class-action lawsuits in the Central and Northern District of California federal courts for price gouging and the direct sale of tens-of-thousands of fraudulent and dangerous Li-ion batteries. Amazon moved the Courts to compel individual arbitrations, arguing, among other things, that plaintiffs agreed to Amazon's conditions of use ("COUs") requiring individual arbitrations when they registered their accounts. However, the Central District Court ruled that injunctive relief was available on a consumer-wide basis for Amazon's fraudulent battery sales -- which inexplicably continue.

Consumer awareness and a lack of education about the problem fuels the deception and big profits for e-commerce sites. Many people don't care if their product is counterfeit, and they don't mind paying less even if it does violate intellectual property rights. Some people argue, "You can't die from buying a fake T-shirt or downloading an unauthorized album." Well, yes, you can actually – when the profits finance terrorism, child labor exploitation, or organized crime offerings of drugs, vice, and illegal arms. 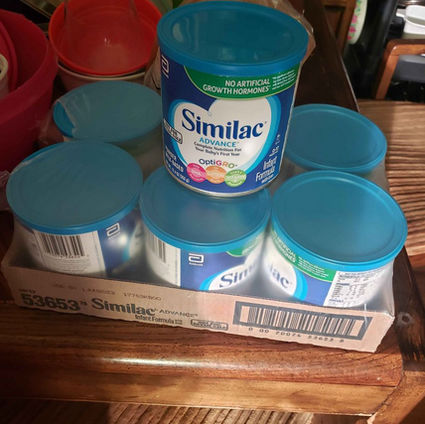 When products like infant formula are counterfeited, the results can be devastating

Counterfeits are not limited to sunglasses, watches, tennis shoes, and luxury handbags. Virtually every product sector has an array of fake and fraudulent items; Dove soap, Similac infant formula, toys, OTC drugs, electronic components, commercial aircraft parts, industrial equipment, recycled lithium-ion batteries, and printed circuit boards. Nobody really knows for sure just how bad the situation really is. Worst of all are fake pharmaceuticals, which can have deadly consequences. The World Health Organization estimates one million people die from counterfeit and substandard medications each year.

Amazon is not making a better marketplace that serves consumers. Amazon is no more than an arena of creative destruction under an umbrella of legal immunity, leaving consumers on their own to sort the legitimate, honest sellers from all the bad actors.

America has a complexion blemished with corporate fraud, corruption, and scams; Enron, Tyco, Madoff, Lehman Bros., Cendant, Theranos, HealthSouth, WorldCom, and others. Will Amazon be added to the growing list? Forbes appropriately deemed the e-commerce giant a "cesspool of counterfeits and other illegal and potentially dangerous goods."

Where are our lawmakers?