Suspect charged on suspicion of DUI after allegedly ramming his scooter into pedestrian, killing him on Lincoln Boulevard sidewalk 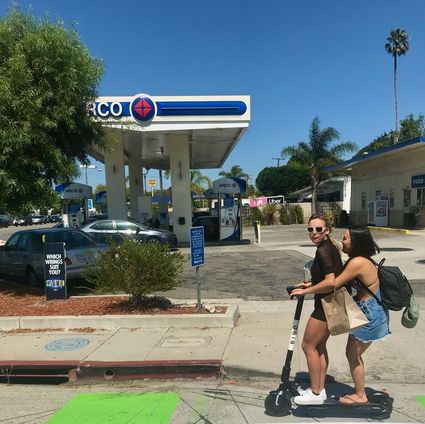 Riding double on a scooter is a violation of company rules and the law. Those pictured here are not the individuals alleged to have knocked over and killed an elderly man.

A 29-year-old man was arrested last Saturday night on suspicion of driving under the influence after he allegedly crashed his motorized scooter into a 91-year-old pedestrian, killing him on a Lincoln Boulevard sidewalk, authorities said.

The DUI suspect was riding the scooter northbound Lincoln on the east sidewalk, near Marco Court, around 9 p.m. when he collided with a pedestrian who "fell onto the sidewalk hitting his head," said Los Angeles Police Department in a press release.

"Subsequently the male rider along with his female passenger were ejected off the motorized scooter and collided onto the sidewalk," LAPD said.

The Los Angeles Fire Department responded to the accident scene in Venice but "unfortunately, the pedestrian succumbed to his injuries," police said. The victim's identity is being withheld pending notification of next of kin. 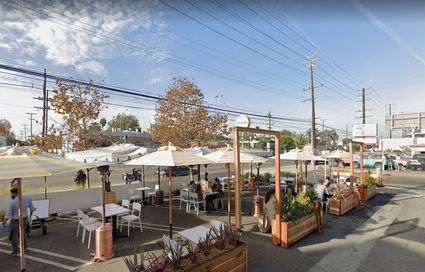 The area in Venice near the scooter accident

The male rider, James Cody Skene, remained at scene and was arrested on DUI charges. He was released Sunday on bond and is scheduled to appear at LAX Superior Court on Sept. 30. The investigation is ongoing.

"Drivers and riders are reminded that if they become involved in a collision, they should pull over and stop as soon as it is safe to do so, notify emergency services, and remain at the scene to identify themselves," LAPD said.