Between Two Worlds: a Rising Generation of Iranian-Americans Speaks Out 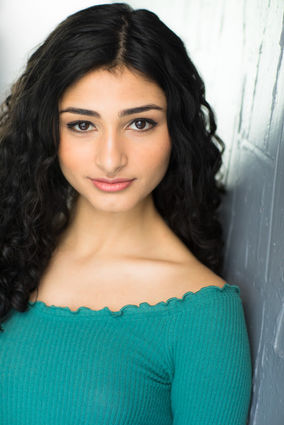 Growing up, Iranian-Americans like Ora Yashar often saw themselves depicted only as the exotic Other: in her words, "either terrorists or Princess Jasmine." But Yashar's generation was raised in the United States - Iranian in heritage living their own American stories. "Now we're bridging the gap between our old world and our new," remarks another millennial Iranian-American, Asal Akhondzadeh.

Yashar and Akhondzadeh are part of a plethora of Persian talent - writers, actors, musicians, and in Ora's case, a producer - of the brand-new salon show from The Braid (formerly Jewish Women's Theatre), Persian Sunrise, American Sunset. The autobiographical narratives of these Iranian-Americans will be given dramatic life in four live-on-Zoom performances between June 19 and June 28. For dates, times, and tickets, visit: http://www.the-braid.org/psas

The Braid offers a unique cultural  experience at the intersection of storytelling and theater, in which true stories from writers of all professional backgrounds are brought to life by skilled actors and presented either onstage or digitally.

Nine years ago, it was the first theatre company to put the stories of Iranian Jewish women onstage, in Saffron & Rosewater, including powerful tales of fleeing the Revolution of 1979. The show's wildly successful run included a performance for more than 800 people at the 92nd Street Y in New York City and sparked a desperately needed conversation in the American Jewish community about how the experiences of their Persian members had too often been overlooked.

In the time since, The Braid's artistic director, Ronda Spinak, began to notice that "in our Emerging Artists Program called NEXT @ The Braid, we were beginning to see stories from second-generation Iranians, and their issues of identity were different from the first generation's." Spinak felt that these voices, too, "deserved to be spotlit." And so she reached out to Yashar, one of the NEXT Emerging Artists: "Ora impressed me with her keen eye with respect to editing and adapting stories in The Braid's style of theatre/storytelling."

Together they decided to expand the focus relative to Saffron & Rosewater. The Braid has long moved to include the stories of all genders, but Yashar suggested including non-Jewish voices as well - a bold move given The Braid's mission to uplift voices of the Jewish community. But for Yashar, who grew up in Los Angeles' San Fernando Valley and had Iranian friends from all backgrounds, it was important that this show reflect that interfaith synergy.

It's a blending literally embodied in Akhondzadeh, the child of a Muslim father and Jewish mother. Her story recounts how as a college freshman she celebrates her first Passover seder away from her family. As the Haggadah is read, she notices the differences in seder rituals between her Askhenzai tablemates and her Persian upbringing.  And in her new, post-9/11 world, she wonders how much of her old life she should reveal.

In a passage adapted from her memoir, Concealed, acclaimed writer Esther Amini recalls how her father fought to forget the horrors he faced in Iran from religious fanatics. In America, he could shed neither his paranoia nor his distrust of strangers, but through it all, his love for his daughter never faltered.

Farnoush Amiri, a journalist for The Associated Press, tells how as a teen she learned to hide signs of her "otherness" - straightening her hair, eating American foods. But she can't hide the lasting memories of the "extreme policing" her family was subjected to by federal agents when they first moved to Orange County.

Another young woman remembers the night she and her family transformed from being Iranians to Iranian-Americans. She recounts the challenges she now faces in her new life as her parents forbid her from joining in normal teenage rituals: having a boyfriend, going to Burger King, and shaving her legs ... all behaviors that challenge her "purity."

Then, a young gay man shares his struggle to exercise his power of attorney to end the life and suffering of his terminally ill mother, as he tries to forgive her for not loving him unconditionally.

These stories and many more like them will be given voice by a cast that includes Iranian-American actors both veteran and new to The Braid. As director Susan Morgenstern notes, "We have a responsibility to present these stories through authentic voices from the Persian community. I'm extremely proud of the concerted effort we made to find Persian actors - and these efforts have paid off big-time!"

She is also excited about pushing the medium of Zoom theater, after a year spent adapting and innovating: "While there are challenges in blending music and visual images into Zoom performances, we've been adding more of both with each successive show. We have two tremendously talented singers in this cast, so I'm especially looking forward to bringing in original and traditional Persian music, along with images that will enhance the stories.  We'll 'braid' these elements together - stories, songs, images - to create a beautiful, cohesive, and moving experience."

It's one that writers like Esther Amini hope will resonate not only with the Iranian community but the wider world as well: "The Braid is informing and sensitizing viewers to what it's like to come from the Persian culture and at the same time be raised in the United States. It's an honor to have my story included in this show."

The production of Persian Sunrise, American Sunset is made possible in part by generous support from the City of Santa Monica, the Y&S Nazarian Initiative of the Jewish Federation of Greater Los Angeles, and the Robert Sillins Family Foundation. 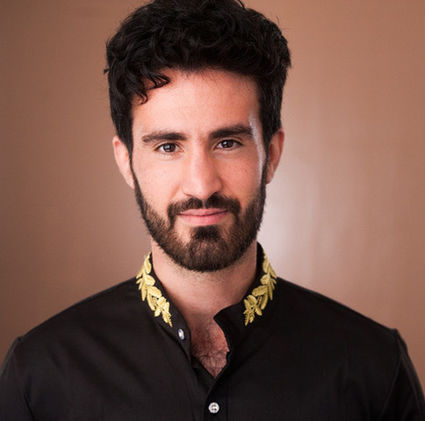 The Braid (formerly Jewish Women's Theatre), is the 2020 winner of The Argonaut's Best of the Westside's "Best Live Theatre Award" and The Santa Monica Daily Press award for "Most Loved" in the live theatre category.  Its performances present inspiring Jewish stories, art, and other programming that highlight Jewish contributions to contemporary life. Now in its 13th (bat mitzvah) season, The Braid's salon theatre of original dramatic shows, each written to a specific theme, displays the diverse and eclectic community of writers, artists, and creators who celebrate Jewish life, one story at a time. Learn more about The Braid at: http://www.the-braid.org.