Interested in Serving on the Santa Monica City Council? 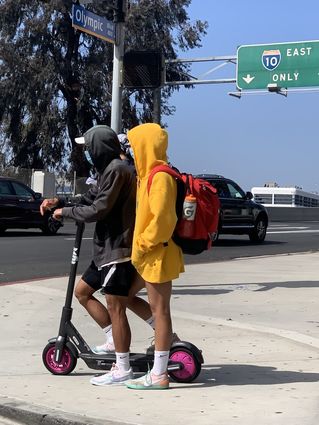 A couple of Samohi students on a scooter near the 10 freeway.

Are you interested in serving on the Santa Monica City Council without having to hassle with a long and costly campaign?

Now is the best time for you.

At the June 2 special meeting, the City Council declared Councilmember Kevin McKeown's seat vacant as of June 11 due to his retirement and also decided to appoint someone to his post.

The Council members urged all interested residents to complete an online application at smgov.net/councilappoint between June 3 and 22. Applicants must be residents and registered voters of the City of Santa Monica, and "must not be a city employee," said city officials.

All applications received before the deadline will be considered by the City Council at the June 29 special Council meeting.

City officials said the person appointed to the vacant seat will serve a partial term ending on November 8, 2022. This position is subject to the State Political Reform Act requiring disclosure of conflicts of interests, and the city's Taxpayer Protection Act (Oaks Initiative).

Interested applicants can learn more information about serving on the City Council at smgov.net/councilappoint.